Microsoft is ramping up the Windows 8 publicity in preparation for the October 26th public launch. New York was the place to get the party started with the Windows 8 media launch party on October 25th. 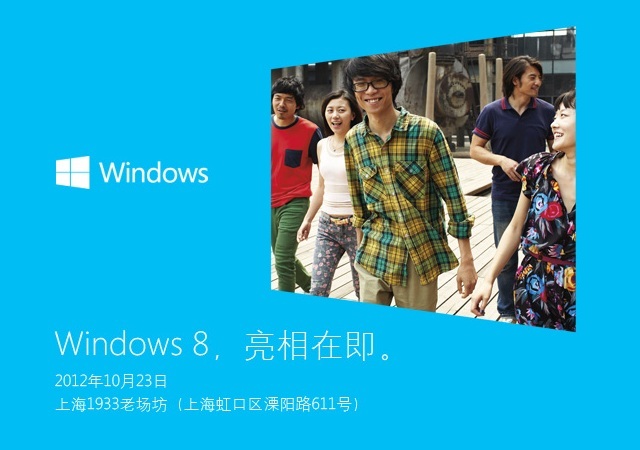 Microsoft China has started sending out invites to its own launch party for the OS, scheduled for October 23rd. It looks like China will get the first consumer look at Windows 8, the Surface hardware it is designed to run on and its peripherals, ahead of anyone else. A world premiere if you will!

This could be seen as a move by Microsoft to address the piracy issues they face in China, with the Redmond giant hiring 1,000 extra workers (within sales and marketing) in the region to help reduce the volume of its software pirated, even in legitimate businesses.