Documents leaked to the XDA-Developers forum reveal that Windows Visual Studio 2010 and Expression Blend are the primary tools for developing applications for Windows Phones.

The documents show that there are two frameworks available for developers to create applications. The first is the Silverlight UI framework for "event-driven, XAML based development." The platform provides developers with the full features of Silverlight to develop mark-up based user experiences. The second is Microsoft's XNA UI framework. This is primarily for loop-based games and allows developers to use the full power of the XNA gaming environment. XNA is a set of tools provided by Microsoft that allows game development. Announced in March 2004, the runtime is available for XP, Vista, Windows 7 and Xbox 360. XNA games can run on any platform that supports the XNA framework with little to no modification required.

In another document leaked to XDA-developers, Microsoft confirms that multitasking will be operational in Windows Phone 7:

"As a preemptive multitasking operating system (OS), Windows Phone OS 7.0 supports multiple processes running simultaneoulsy on the system. There is no limit to the number of processes that can run on the phone. The only limit is the amount of available system resources."

Microsoft demonstrated the Windows Phone 7 UI earlier this week at Mobile World Congress. Company officials will speak more widely about features and development at the MIX 2010 conference in March next month. 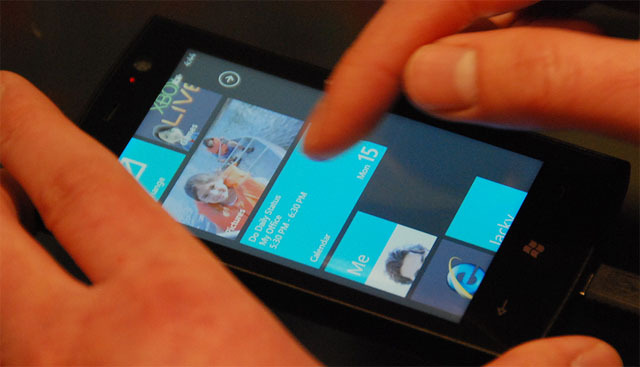