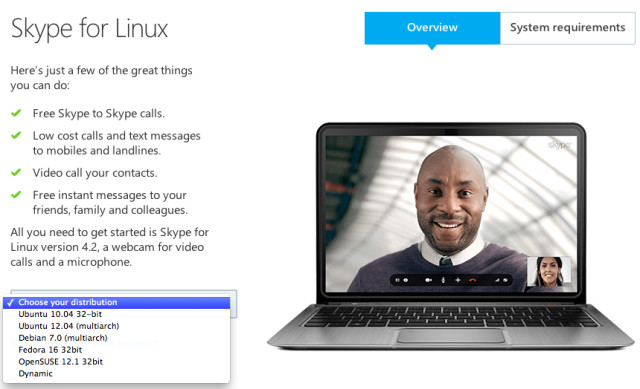 With summer coming up, Microsoft has released a new version of Skype for Linux. The latest version, Skype 4.3, offers some UI enhancements, new features, and behind-the-scenes improvements to the software.

Although there are a lot of improvements, this new version of Skype has dropped support for direct Alsa support. While this was previously an option, the new version will require users to install PulseAudio 4.0 and above.

For those that are unfamiliar with Skype, it is a voice-over-IP service that allows users to make calls and send chat messages. Skype to Skype calls are free, with subscriptions available for those that want to call traditional phone numbers. Currently, Skype offers two versions of its software -- a free version and a paid version -- with the main difference being that the paid version offers group video calls.