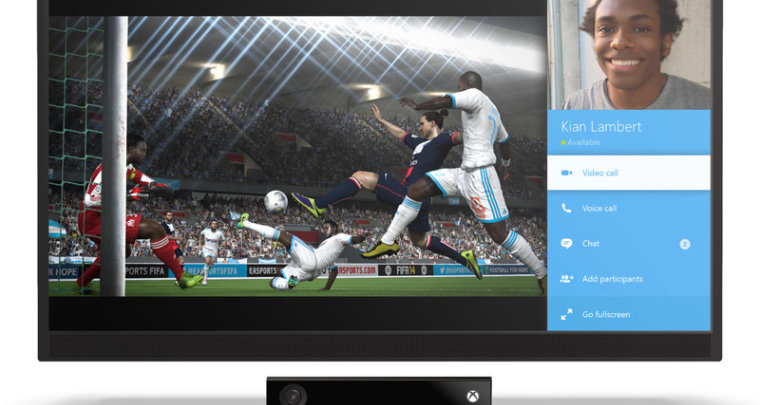 Microsoft has rolled out an update to Skype on the Xbox One which brings it up to version 1.8 and adds messenger snapping; back in May this feature was introduced for video calls and now users aren't forced to go full screen with messages or notifications as you can see in the above image.

Additionally, Skype 1.8 for Xbox One allows viewing of photos sent from mobile phones on Skype for Xbox One. Skype users from Windows Phone, Android and iOS mobile devices can now share pictures with Skype for Xbox One users either in a 1:1 or group chat. If there are multiple photos being shared, you can start a slide show to view all the photos, right on your large screen.

You will be prompted to get the update simply by firing up Skype on your Xbox One console.