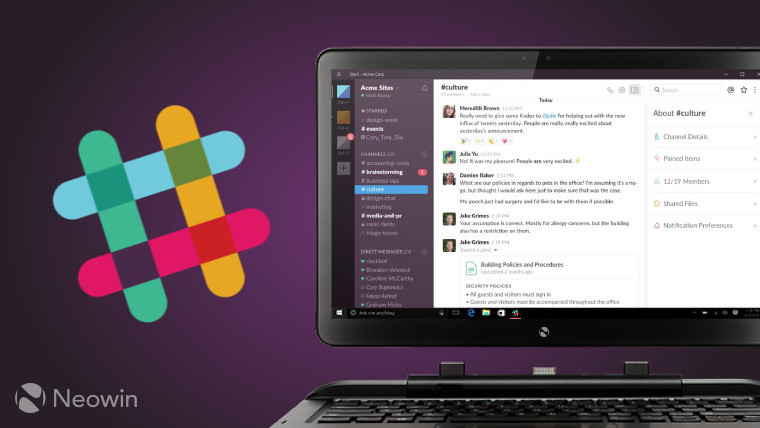 Even though Microsoft Teams has made inroads in the collaboration platform space, pulling out the stops with a freemium version of its service in the middle of last month, Slack stepped things up by acquiring HipChat and Stride from Atlassian. The move will also bolster Slack's platform as users make the transition from Atlassian's products to its own service.

While those efforts are underway, it appears that Slack has covertly slipped in a feature to its software enabling users to set a status and have it self-revoke after a set period of time. 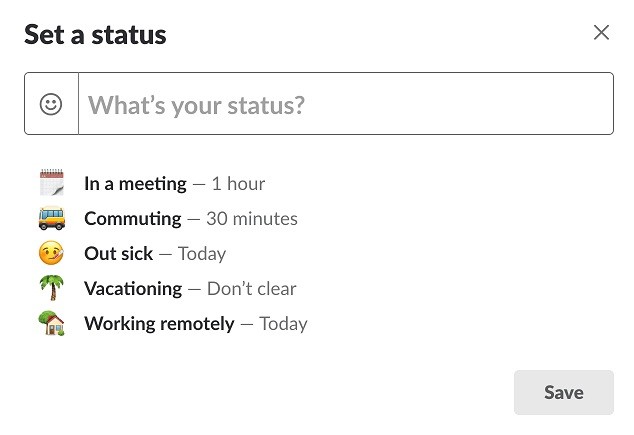 You'll now be able to select from the list of the "out-of-the-box" statuses with default revocation periods. If these don't show up, you may need to quit and restart Slack in order to see the above, although there does appear to be an issue with the Microsoft Store version of the app not including any of the preset expiration times. However, you can choose a predefined status (which other users will see in their selected language), or set your own, and then apply the timeout according to your preference.

Although this may be a fairly minor change in the grand scheme of things, it might be of benefit to those who forget to reset their status when they come back from an engagement, much to the chagrin of their colleagues.

Source: Slack via The Verge