Prior to the launch of Disney's new streaming service, Disney+, Verizon said that it would be giving away a free year of Disney+ to all of its Unlimited plans. Today, the carrier announced that it has signed an extended agreement with The Walt Disney Company, which will bring Hulu and ESPN+ on board as well, but this time only for certain plans.

When the new plans launch on August 20, the one-year offer will be removed, and instead, customers on Verizon's Start Unlimited or Do More Unlimited plans will get six months of Disney+ for free. However, if you're on the Play More Unlimited or Get More Unlimited, you'll get the new Disney bundle, which includes Disney+, ESPN+, and Hulu, all for the same price of the current plan. What's more, this deal doesn't have a time limit, so you'll get those services as long as you keep your Verizon account active. 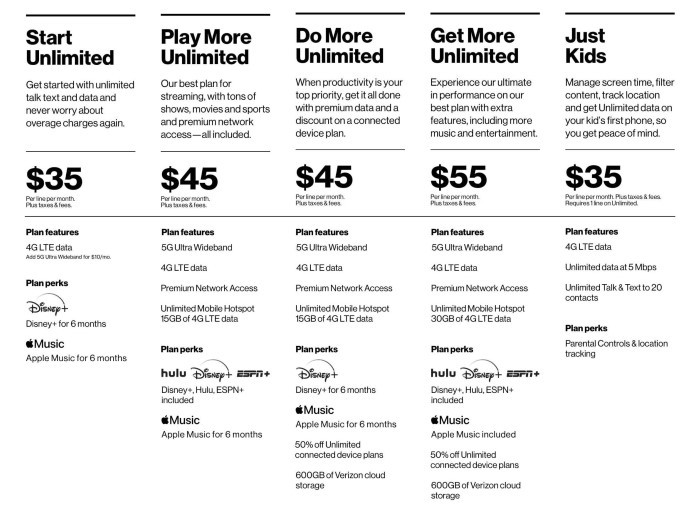 Customers that took advantage of the one-year Disney+ offer but aren't on Play More Unlimited or Get More Unlimited, can pay $6 per month to add Hulu and ESPN+ and get the full bundle. This will seemingly only work for the remainder of the free year of Disney+, however.