Microsoft may be prepping to launch a new version of its Surface Pro tablet in the near future, but Sony has already announced plans to release a Windows 8 tablet that appears to be highly similar to Microsoft's product. It's called the VAIO Tap 11 and it's the first Windows 8 tablet that Sony will release to the public. 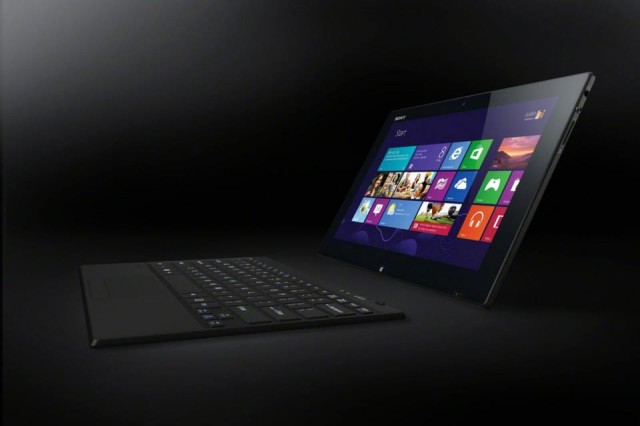 While Sony's press release lacks some hardware details, Engadget reports that the display on the Sony VAIO Tap 11 has a resolution of 1920x1080. It can come either with an Intel Pentium or fourth-generation Core processor inside and a choice of between 128GB to 512GB SSDs. The Sony VAIO Tap 11 will come either in black or white colors. No pricing or a release date were announced. 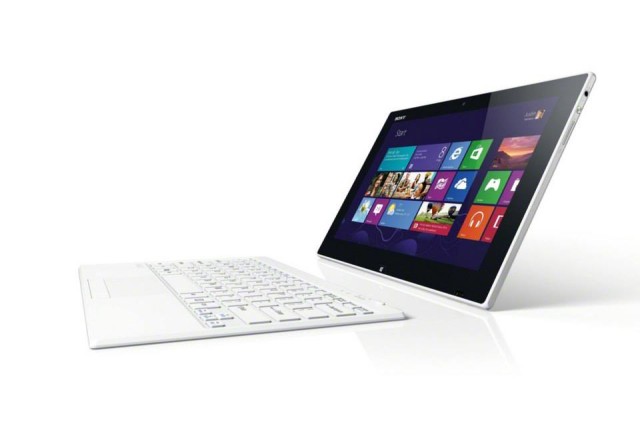 Engadget reports that Sony also announced the successor to the VAIO Tap 20 all-in-one PC that was released in 2012, called the Tap 21. As the name implies it has a large 21.5-inch touchscreen with a resolution of 1920x1080. Sony claims that the Tap 21 is 50 percent thinner than the Tap 20 and weighs just eight pounds compared to 10 pounds for the older product.

The Tap 21 will have the option of Intel's fourth-generation Core i5 or Core i7 processors inside, and consumers can choose to put in an SSD or a hybrid hard drive for storage. There's no word on if the Tap 21's battery life when used as a tablet has been improved; the original Tap 20 had about two hours of use while on the battery.

Sony has yet to announce a launch date for the VAIO Tap 21 and as far as pricing the company is saying that it will be "comparable" to the launch price of the Tap 20, which started out at $880. 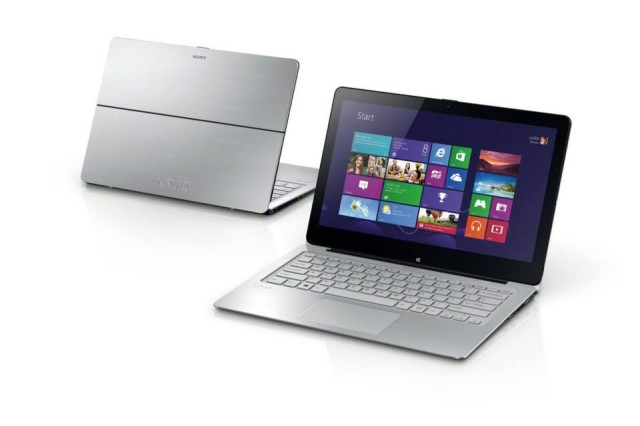 Finally, the company revealed a new Windows 8 tablet-notebook hybrid, the VAIO Flip. Much like Lenovo's Yoga lineup, the VAIO Flip has a touchscreen that can be moved to several different positions. Sony states:

In an instant your VAIO Fit transforms effortlessly into a responsive touchscreen tablet. Sketch notes and ideas, enjoy apps or browse the web on the Full HD1 panel with all the freedom and fluidity of Windows 8. Found something interesting? Flip the screen again to stand VAIO in viewer mode: then show off your stuff in razor-sharp detail and vibrant colour thanks to TRILUMINOS Display for mobile. Pushing resolution even higher, there’s also an Over Full HD (2880x1620) screen option for selected models.

The Sony VAIO Flip will be released in 13-, 14- and 15-inch screen sizes, will have up to 512GB of SSD storage, and will naturally have Intel's Core processors inside. As with the other two new VAIO PC reveals, Sony has yet to announce a price tag or release date for the VAIO Flip.