It's not much of a shock, but today Samsung announced it will release the Galaxy Note III this month, the next version of its high-end phablet smartphone family. The original Galaxy Note had a 5.3-inch display in 2011 and the Galaxy Note 2 increased it to 5.5 inches. The Galaxy Note 3 will be larger as well, this time topping out at 5.7 inches.

Samsung's press release adds that the official launch date for the Galaxy Note 3 will be Sept. 25, where it will go in sale in over 140 countries. In the U.S, the phone will be sold by AT&T, Sprint, T-Mobile, Verizon Wireless and U.S. Cellular. The phone will come in Jet Black, Classic White and Blush Pink colors. 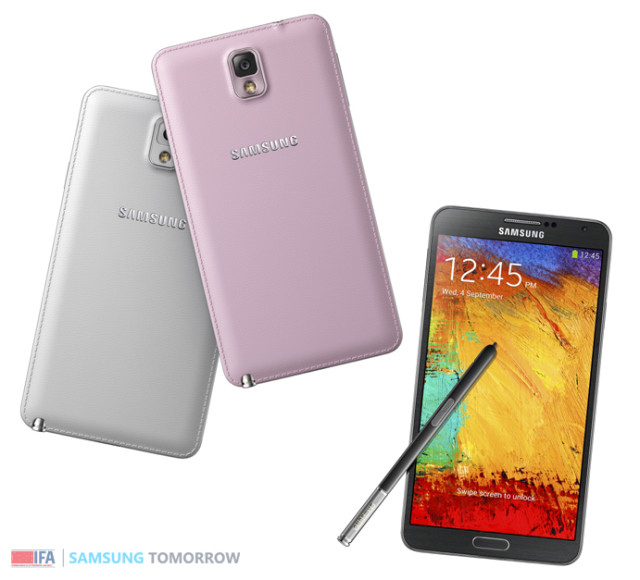 Here are the major hardware specs on the Galaxy Note 3:

Yes, the S Pen also returns for the Galaxy Note 3 and it will be used in a number of applications on the smartphone, including taking notes, finding content and more.