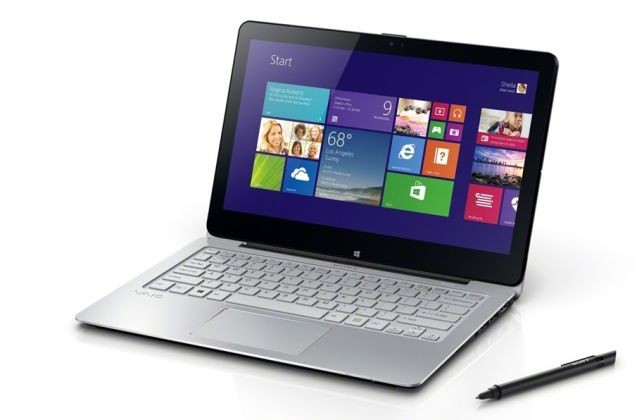 Sony and Microsoft might be rivals on the game console front, but Sony still makes a number of Windows PCs under its VAIO brand. As part of its CES 2014 product lineup, Sony announced a new edition to its VAIO Fit notebook lineup, the Fit 11A Flip PC.

A Microsoft blog post announcing the VAIO Fit 11A Flip states that the 11-inch touchscreen notebook will weigh just 2.82 pounds and will come with the VAIO Active Pen stylus. The notebook is clearly being marketing for the graphics artist and designer crowd who would like a small notebook but also want the freedom to use art-based software with the stylus. The notebook will even come with Adobe Photoshop Elements 12, which is normally priced at $99, already installed at no additional charge.

As with many recent Windows 8 devices, the VAIO Fit 11A Flip can also switch from regular notebook to tablet form factor. It has an unspecified Intel quad-core processor and up to 128GB of SSD storage. The notebook will be released in late February with a starting price of $799.

Sony will also update a number of its other VAIO products with Windows 8.1 and Photoshop Elements 12 this year, and its VAIO Pro 11 and 13, VAIO Tap 11 and VAIO Tap 21 models will be upgraded with 802.11ac Wi-Fi hardware.