Samsung made a ton of announcements on Monday as part of its CES 2014 presence. One of them was the reveal of their new 12.2 inch tablets, the Galaxy NotePRO and the Galaxy TabPro. The big tablets, along with other upcoming Galaxy Tab products, will include a new user interface that looks very familar for owners of Windows 8 and Windows Phone devices. 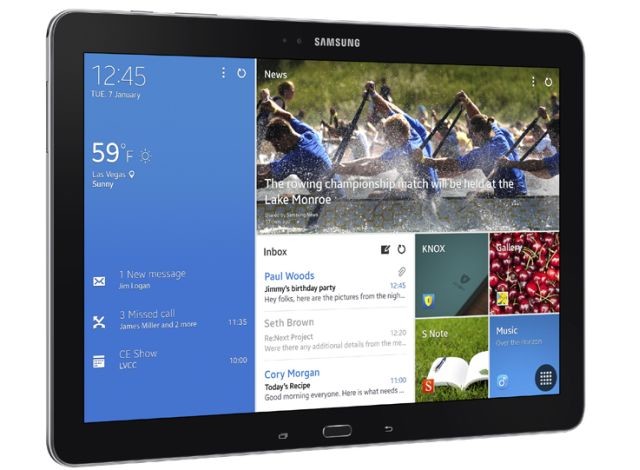 According to Samsung's press release, the interface is called Magazine UX which the company says has been optimized for the larger screens. It says:

The UX enables them to organize their favorite content in an easy-to-use dashboard with automatic feed or news updates and then quickly access the most frequently used apps for a more comfortable reading experience. By utilizing a screen size that is more comparable to traditional magazine-sized material, content is easier to view in its original format when reading digital magazines or e-books.

The similarity between Magazine UX and the Modern UI used by Microsoft's newest operating systems was not lost on TrustedReviews. The website asked Shoneel Kolhatkar, Samsung’s Senior Director of Product Planning, at CES 2013 about the look of the two interfaces, but he seemed to brush off the comparisons, saying, "I don’t think it matters [that it looks like Windows] ... “As long as consumers like it, they can compare it to Windows or compare it to something else.”

We have contacted Microsoft to see if they wish to comment on Samsung's new tablet UI and how close it looks to Windows 8 and Windows Phone.

Via: TrustedReviews | Image via Samsung