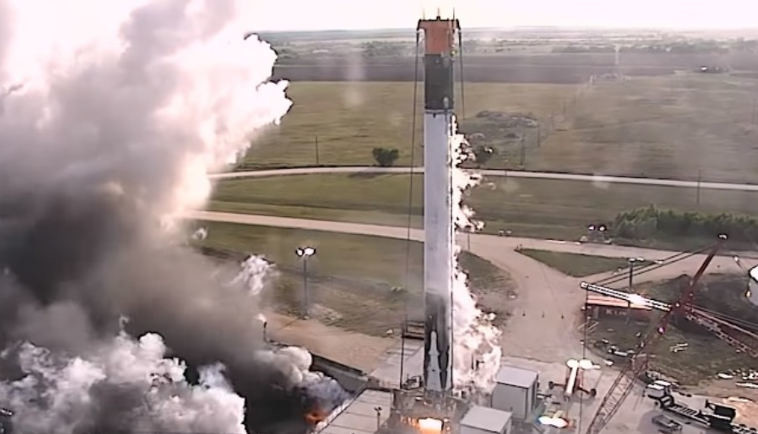 Last week, SpaceX successfully static tested the main core engine of the Falcon Heavy rocket at their test facility in McGregor, Texas. This week, the firm has shared a video of the event, via a tweet.

For those not familiar, the Falcon Heavy will comprise two of the same core engines from the Falcon 9 rocket, which recently became the first rocket to be launched, landed back on Earth, and then launched again.

This indeed will also be the rocket that is scheduled to take two tourists around the moon next year, and is also set to go to Mars in 2020. Not stopping its ambitions there, SpaceX also recently announced its plans to install a huge network of satellites around the globe to provide high speed internet.

Like the Falcon 9, the Falcon Heavy is supposed to have all three of its rocket engine cores return to Earth and successfully landed. If this is achieved, it would ﻿ translate into an amazing amount of savings in terms of the cost of space travel.