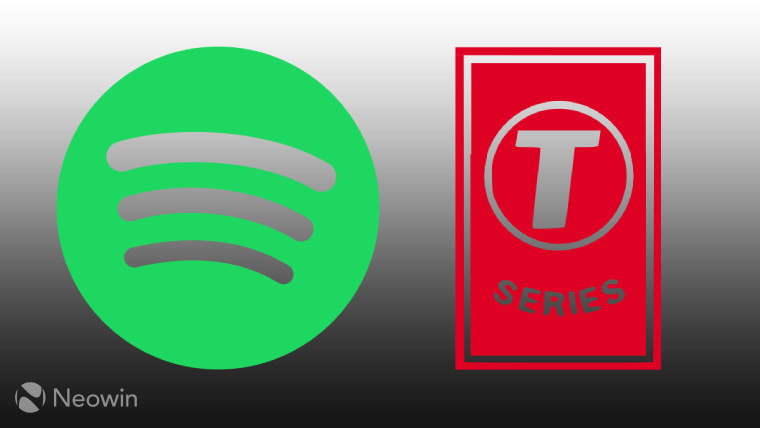 Late last year, Spotify reportedly struck deals with various music rights holders in India as part of a broader effort to launch its music streaming service in the country in early 2019. Ahead of the company's official entry into India, Spotify has brought yet another music company into its fold.

The music streaming service announced a new content partnership with T-Series, an Indian record label and film production firm known for its Bollywood music soundtracks and pop music. As part of the deal, Spotify will gain access to T-Series catalog of more than 160,000 songs. These soundtracks are available to Spotify users from today.

All the music from @TSeries is now on Spotify! Over 160,000 tracks to be precise 😯 https://t.co/Q93pBiGwcr #SpotifyDesiHub pic.twitter.com/pm4iNNstWr

The new partnership comes as no surprise since Bhushan Kumar, managing director of T-Series, confirmed in November 2018 that negotiations with Spotify were in the final phase at the time. He also said then that the deal would run for two years.

However, it seems that only those using Spotify outside India may be able to listen to content from T-Series' catalog for now, with the entire library set to be available to Indian users later when Spotify makes its formal debut in the country, according to Kumar. Other major Indian labels the company was reportedly negotiating with include Times Music, Eros Music, and Zee Music.