Spotify began working on showing a song's full lyrics in real time in November of last year after years of displaying lyrics' annotations and background information only ( a feature called "Behind the Lyrics"), courtesy of a partnership with Genius. Now, the feature appears to be rolling out to a wider number of users as part of a server-side update. 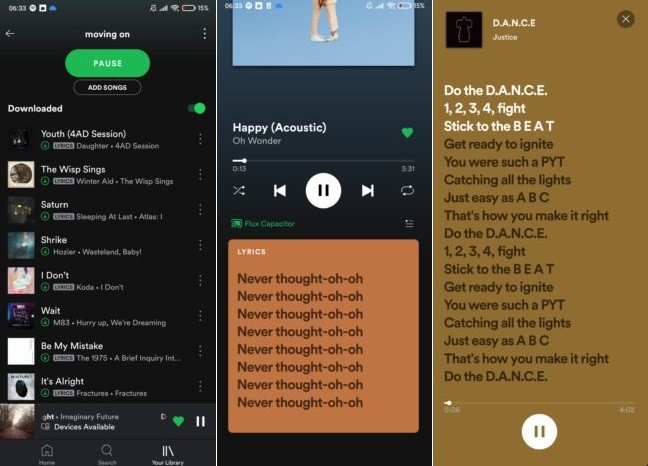 The song lyrics are provided by Musixmatch and show up right below the playback controls, a place previously occupied by Spotify's "Behind the Lyrics" content. In addition to mobile devices, the full lyrics are also reportedly available on desktop.

Was thinking recently that the one benefit of Apple Music over Spotify is the live time lyrics, and here we are mere weeks later: Spotify lyrics! Can’t wait to see it on mobile pls 🤞 pic.twitter.com/S7qsfVcDv6

To reveal the full lyrics when you are playing a song, simply swipe up on the area beneath the playback controls. Also, you can sing along as lyrics automatically scroll with the song's progression.

Unfortunately, for now, not all songs display their lyrics. Tracks that support that feature should show the "Lyrics" indicator before an artist's name in playlists. There's currently no official word from Spotify on when this feature will be hitting all users as not everyone appears to have this experience at the moment.