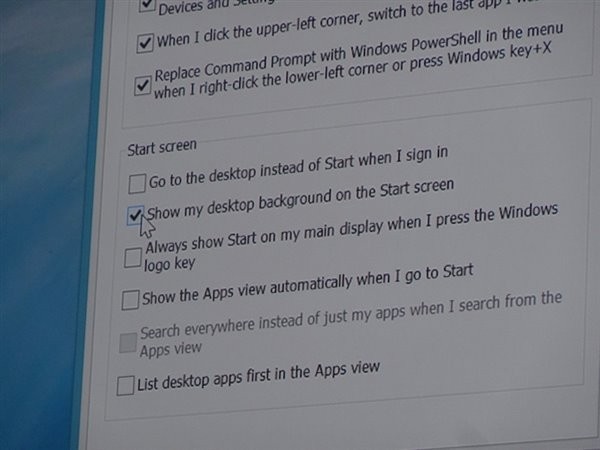 When Windows 8.1 arrives later this year, one of the features that was most requested is the ability to boot directly to the desktop. While we knew this feature was coming, the screenshot above shows all the options that you will have for perfecting your boot sequence.

This small change will likely appease many, especially those who use Windows 8 on non-tablet devices who traditionally live in the desktop space. Along with this new option, the Start button will be returning as well and when you combine both of these basic features, this should appease many of the critics on what kept them away from adopting Windows 8.

Windows 8.1 is already set to bring a boatload of new features and we suspect that it will likely be the re-booting of the platform. While Windows 8 may have gotten off to a rough start with brand perception, Windows 8.1 appears to address nearly all of the major complaints with the platform.

Microsoft will be releasing a preview of Windows 8.1 later this month at its BUILD conference (we will be there!) and the RTM of the platform is expected to occur in the August timeframe. If this holds true, expect a similar timeline for the retail availability, like Windows 8, to land in October.

Thanks for the tip Windows4live!