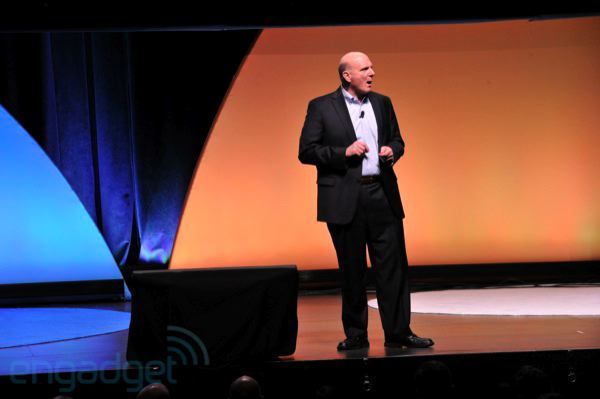 Microsoft CEO Steve Ballmer was expected to make his big CES 2012 appearance at Microsoft's own keynote address. But as Engadget reports, the head of Microsoft decided to make a surprise appearance on stage at AT&T's press event earlier today at CES. Ballmer was on stage primarily to announce that the first Windows Phone-based devices that will support the faster LTE network would be sold first on AT&T, such as the just announced HTC Titan II.

While Ballmer spoke mostly about Windows Phone at the AT&T event, he did talk a bit about Windows 8 as well. ZDNet reports that according to Ballmer, 500 million PCs in the world are now running Windows 7 and all of them are capable of running Windows 8. Also, Ballmer said the developer preview version of Windows 8 has been downloaded three million times since it was first released at the Build conference in September 2011.

Ballmer is expected to talk a lot more, and perhaps have an on stage demo, of Windows 8 at Microsoft's final (for now) CES 2012 keynote address. Neowin will be there to get the details later this evening.