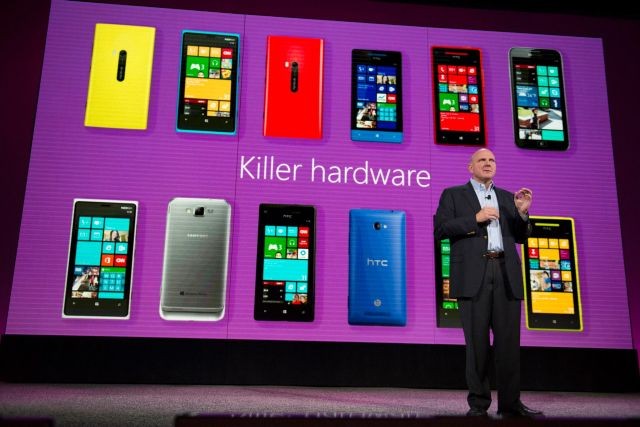 So earlier this week, I was watching CNBC and one of its correspondences Herb Greenberg posted his list for the worst CEOs of 2012. To my surprise, the person he put second on the list was Microsoft CEO Steve Ballmer. According to Greenberg, Ballmer has been worse than the three lower people on his list, including Ron Johnson of JC Penney, Zynga's Mark Pincus and Antonio Perez of Eastman Kodak. Only Andrew Mason of Groupon was worse than Ballmer, according to his list.

So, how did Ballmer end up on this wall of shame? Greenberg says that the slow launch of Windows 8 was partly to blame, but the main reason seems to be that Ballmer has been more of a good manager rather than an innovator. He added:

What you now have is a company with a bunch of cash that is sort of more like a utility but with this really meager 3.4% yield, not even a special dividend. Look, by putting Ballmer on this list, I believe it puts that management question of Microsoft front and center.

Really, Mr. Greenberg? Really? Look, we know Ballmer is not perfect, but is he really worse than the three executives that you put below him? Microsoft has been and continues to be a highly profitable company that is also in the middle of a reinvention of is Windows brand. While the jury is still out on if it will succeed, it's certainly doing a lot better than the companies that are run by the people lower than him on your list.

We also can't believe you have ignored CEOs like Brian Farrell of THQ. He has made a series of missteps that has resulted in the tame publisher filing for Chapter 11 bankruptcy. There's also AMD CEO Rory Read, who has cut a massive 15 percent of the company's workers in 2012 and has seen its share of the PC market go way down as it has failed to compete with Intel.

What about Research in Motion's Thorsten Heins, who took over as CEO early in 2012? He's been hyping BlackBerry 10 to the press and to developers for some time but we are still waiting for its launch. In the meantime, BlackBerry's market share continues to go down and it also laid off 5,000 workers earlier this year. Hardly a stellar track record.

We are not even going to get into the fact that two major CEOs that were in place in 2012 got kicked out. Yahoo CEO Scott Thompson said good-bye after just a few months on the job after it was discovered he lied about his educational background. Before he left, Thompson laid off 2,000 employees and got into an ill advised lawsuit against Facebook that was quickly settled after he left. Best Buy CEO Brian Dunn left after he apparently got a bit too "personal" with someone.

Apparently, Mr. Greenberg also discounts other things that Microsoft, under Ballmer's leadership, has done well. He has certainly had a big hit with the Xbox gaming brand and even the Windows Phone business has seen some life in the past year thanks in part to Microsoft's partnership with Nokia. The Office software productivity suite continues to dominate the industry, so much so that we will likely see Office on Apple and iOS in 2012.

The company's acquisition of Skype has also proven to be highly successful. Finally, the Surface tablet, while getting mixed initial reviews, shows that Microsoft wants to make a tablet product that doesn't try to follow what Apple and other tablet makers have done with its durable design, its Touch Cover keyboard and more.

2012 is filled with CEOs making dumb mistakes that have caused their companies to suffer as a result. Mr. Greenberg may not like how Ballmer runs Microsoft, but there's no question he doesn't deserve the title of the second worst CEO this year.