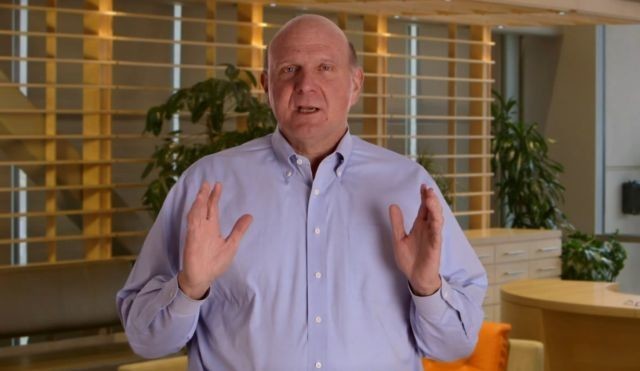 If a new rumor is correct, former Microsoft CEO Steve Ballmer is ready to spend some serious money to own a professional sports team. Forbes reports, citing unnamed sources, that Ballmer has offered to pay $1.8 billion to purchase the Los Angeles Clippers NBA basketball team.

If the offer is accepted, it would be the second highest price ever paid for the ownership of a U.S. pro sports team. The highest price was $2 billion, which was paid by Guggenheim Baseball Management for the L.A. Dodgers baseball team and its stadium in 2012. However, Forbes says that the final price for the L.A. Clippers team could exceed $2 billion as other groups are reportedly in the running to buy the franchise from current owner Donald Sterling. Ballmer reportedly met on Sunday with Sterling's wife Shelly about a possible deal.

Ballmer has already stated that if he does end up purchasing the Clippers, he would keep the team in Los Angeles. This is a different strategy than what he came up with in 2013, when he and other investors formed a group to try and buy the Sacramento Kings NBA team in an effort to bring the franchise to Seattle. Ultimately, the NBA team owners voted that plan down.

Of course, we all know that Ballmer was around when the era of Clippy at Microsoft was in full swing and seeing that the Clippers and Clippy have similar names, who knows, maybe this is a nostalgia play for the former Microsoft CEO. Ok, we know that the answer to that question is obviously 'no', but still, maybe Ballmer can bring Clippy back as the new mascot of the Clippers.

Update: The deal is reportedly done.