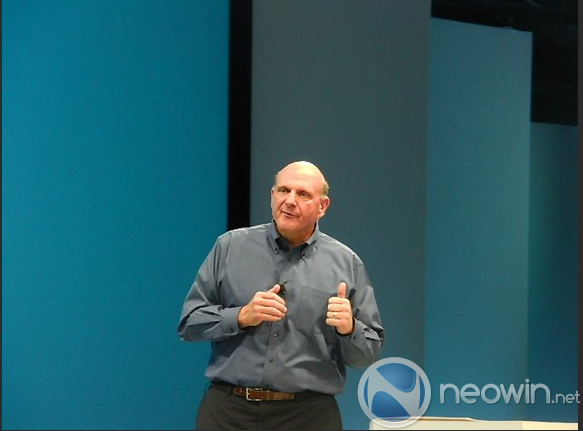 Microsoft CEO Steve Ballmer may be the head of one of the biggest tech companies in the world, but Microsoft says that he not only doesn't get paid as much as other tech CEOs, his compensation is actually lower than other current Microsoft executives.

In a new proxy statement filed by Microsoft to the US Securities and Exchange Commission, the company says that after its board of directors conducted its annual performance evaluation of Ballmer and other executives, it gave Ballmer a bonus of $620,000, about 91 percent of what he could have received if he had gotten a perfect score.

Combined with a base salary of $685,000 and other compensation of $13,128, Ballmer's annual compensation came out to $1,318,128. The biggest reason for this relatively low number is that Ballmer did not receive any new Microsoft stock awards as part of his salary.

By contrast, Microsoft's Windows head man Steven Sinofsky got $8,583,732 in compensation from the company, combining a base salary, bonuses, and a nice amount in Microsoft stock bonus holdings.

One interesting thing in the proxy statement is that both Ballmer and Sinofsky didn't get all of the bonus money they could have received. That was due in part to "the Windows division failure to provide a browser choice screen on certain Windows PCs in Europe as required by its 2009 commitment with the European Commission."

The EU looks like it could order a large fine in the near future for Microsoft's failure to offer that previously agreed upon web browser menu choice in some Windows 7 PCs. Microsoft said the problem was a technical issue that has since been fixed.