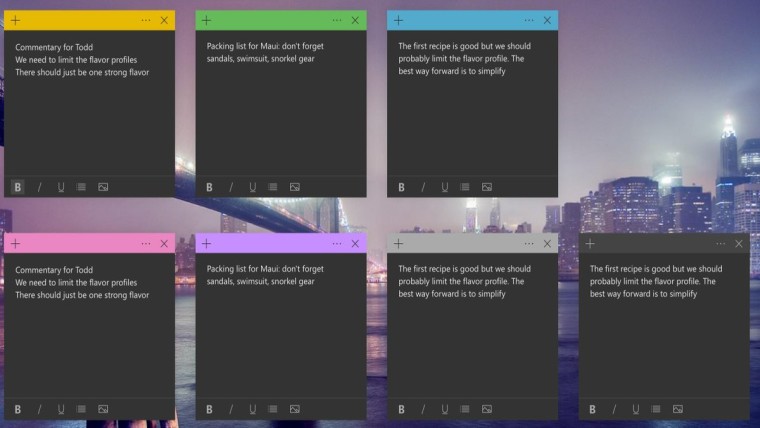 Microsoft is today rolling out Sticky Notes version 3.1 to users running Windows 10 version 1809 (October 2018 Update) or higher. This particular version of the app that bought with it neat new features such as a complete dark mode in addition to the ‘Charcoal’ notes was out only for Windows Insiders in the Skip Ahead ring of the Insider Program.

The casual note-taking app has been making huge strides towards enhancing functionality and increasing reach by going cross-platform with version 3.0. The company has also been integrating the app into many of its own services and has also made it available on the web.

Sticky Notes 3.1 brings with it a full-fledged dark mode. This builds on the ‘Charcoal’ notes that debuted in version 3.0, a feature that let users add a dark themed note. More so, the theme can be set to mirror your system theme settings as well or can be forced into light or dark modes separately. With version 3.0, the app introduced the ability for users to sync notes with OneNote and view them through Android or iOS. Today's update includes performance and reliability improvements that help the app sync notes faster.

It is interesting to see the features and integrations that the app is picking up with every update, and more is on the way. The update is live on the Microsoft Store for users running Windows 10 version 1809 or higher and the app can be found here.