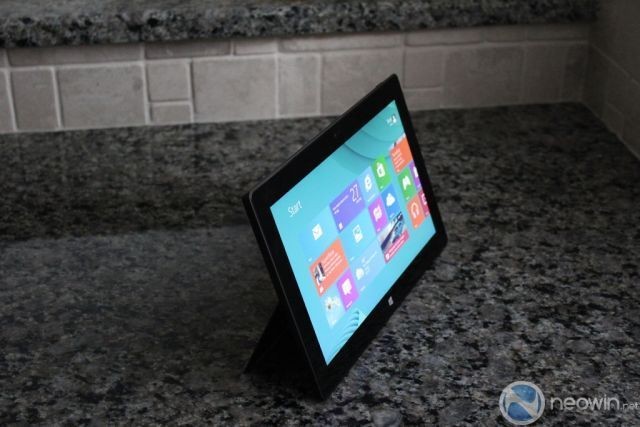 Microsoft has been pretty open about the fact that the Windows RT version of its new Surface tablet uses a lot of its SSD space for storage of the OS as well as other software. That didn't stop one person from filing a lawsuit against the company earlier this month, who claimed he was unaware about the fact that that the 32 GB version of the Surface has about 16 GB available for its users.

Now Microsoft has apparently made a small but interesting change to its Microsoft Store website listing of the Surface. As you can see in the screenshot above, the listing now says, "Surface comes with great software to help you do more. This software uses significant storage." It then offers up a link to Microsoft's previously launched Surface storage FAQ page.

Microsoft also points out that the MicroSD port on the Surface can be used to expand the tablet's storage amount by an additional 64 GB.  While Microsoft has already been pretty transparent about the storage limits on the Surface, this new disclaimer on the Microsoft Store product listing is clearly a move by the company to head off any more issues such as this recent lawsuit.

In other Surface news, the infamous Taiwan-based website Digitimes reports, via unnamed sources, that Microsoft has cut the number of orders for the Surface RT tablet to supply companies from four million to two million units for the fourth quarter of 2012. Keep in mind that Digitimes has a somewhat spotty record on these kinds of reports in terms of their accuracy but they have been correct in the past with similar stories.