According to TmoNews and their sources, T-Mobile has pretty much confirmed the release date and information about Google's upcoming phone. The phone will be available through Google only, with T-Mobile acting as the service provider. On January 5th at 9AM, the phone should be available straight from Google. Here are the juicy details...

"Google, with support from T-Mobile, is scheduled to launch a new Android device in early January. The Google Android phone will be sold directly by Google via the Web.

Additional details Streamline content regarding the launch of Google's Android phone will be coming in early January."

This release date falls perfectly in line with Google's press conference, which was just reported by Engadget. The conference is scheduled for January 5th in Mountain View, CA. Here's the text from the invite...

"With the launch of the first Android-powered device just over a year ago, we've seen how a powerful, open platform can spur mobile product innovation. And this is just the beginning of what's possible.

Please join us in Mountain View on January 5, for an Android press gathering."

According to AllDroid," the phone may also have a different name at release. It's possible that the "Nexus One" name is only being used for the developer version of the device. However, the source may not be so credible, as he also claims that the phone would not be available to the masses in January. In any case, all will soon be revealed. Keep your eyes glued to Neowin for more details as they come in. 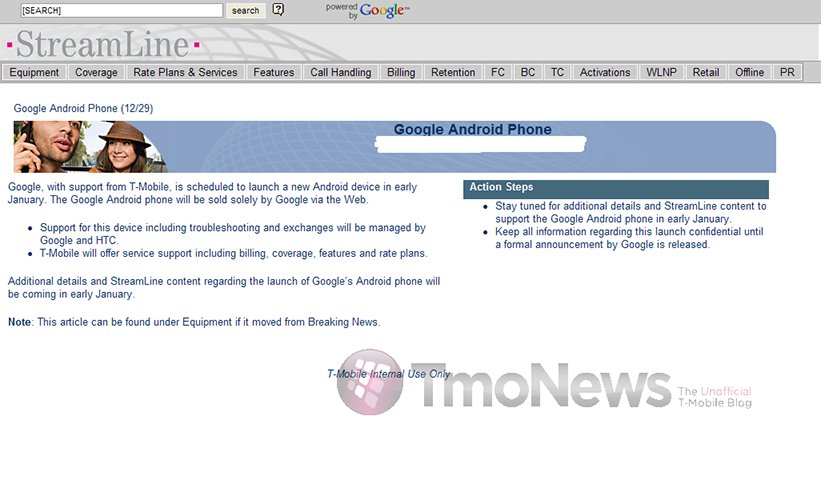