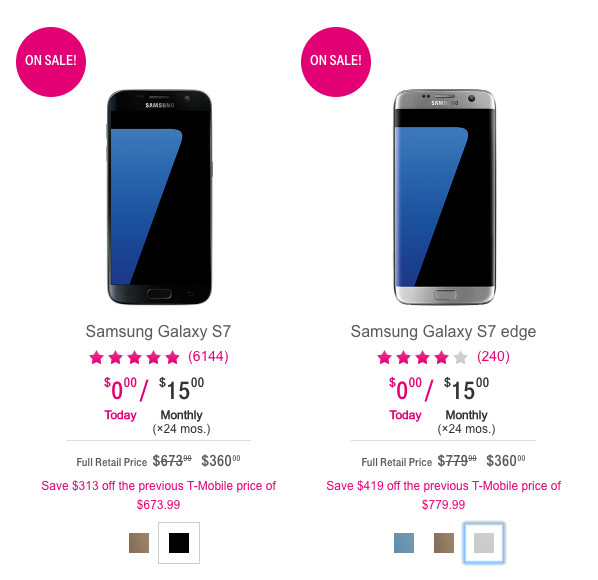 If you've been looking for a deal on a handset, you'll want to head over to T-Mobile immediately, as the company is now offering a few units from Samsung and LG that have received incredible discounts.

The LG V20 made its debut in September but didn't see a formal release until a month later in October. Being less than five months old, the V20 is now seeing an incredible discount that will save you $409 off of the retail price. If LG isn't your cup of tea, you'll want to check out the deals being offered on the Galaxy S7 and S7 edge. Both handsets are seeing heavy discounts, currently being reduced to $360 for each handset.

If you are unsure about these handsets, you can always have a look at our reviews. The Galaxy S7 and S7 edge were both highly received, while the LG V20 was thought to be one of the best handsets of 2016. T-Mobile has not listed when these deals will expire, so take advantage while you still can.