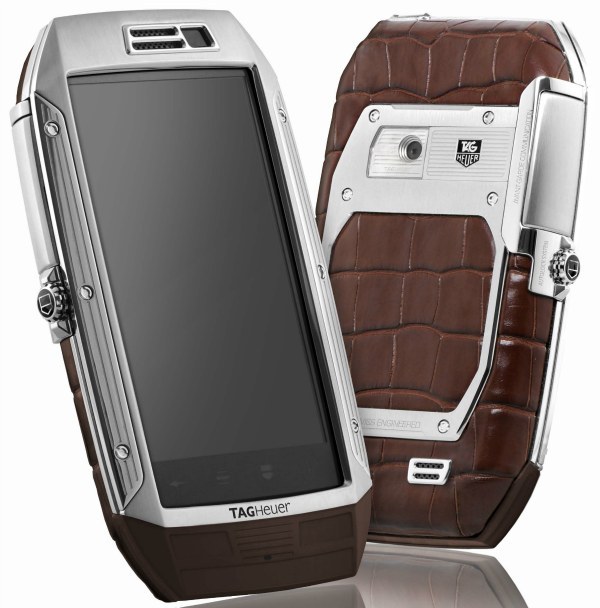 If you have never heard of TAG Heuer, then you are not acquainted with the finer things in life. The Switzerland based company, formed over 150 years ago, is known for making very well made, and very expensive, watches. This week the company announced plans to release its first Android-based mobile phone, the TAG Heuer Link. According to a post at Ablogtoread.com, the phone will cost about $5,000 when it is released later this month.

And what do you get for shelling out 5 grand for a smartphone? According to the company's press release, " ... the body is engineered like the case of a TAG Heuer watch. As airtight and locked-down as a strong box, it provides full protection of the precious contents - your videos, photos, files and data - sealed in its interior." The materials used in the making of the phone include " .. black PVD, diamonds and rose gold. The mirror-polished and fine-brushed stainless steel is premium grade surgical 316L, corrosion-resistant and hypoallergenic. The big display front is made from visually stunning, lightweight, and highly damage-resistant Gorilla glass."

As far as the actual tech specs of the TAG Heuer Link they are fairly unspectacular for an Android based phone. It will have the 2.2 version of the Android operating system with a 3.5 inch screen a five megapixel camera and internal memory of 256 MBs with and included 8 GB memory card. The phone will be sold exclusively at TAG Heuer retail stores ... if you have the cash of course.