Battlefield 3, the latest in a long line of Battlefield titles is likely the most anticipated game of 2011. Using the new Frostbite 2 engine the game promises to deliver jaw dropping visuals coupled with fast paced action packed fun.

Admittedly we love that Battlefield 3 is using the PC as the lead platform rather than a console. When played on the PC the game will handle 40 more players and will take advantage of the latest computer hardware with support for DirectX 11 and 64-bit processors. As such the recommended system specifications are notably high. 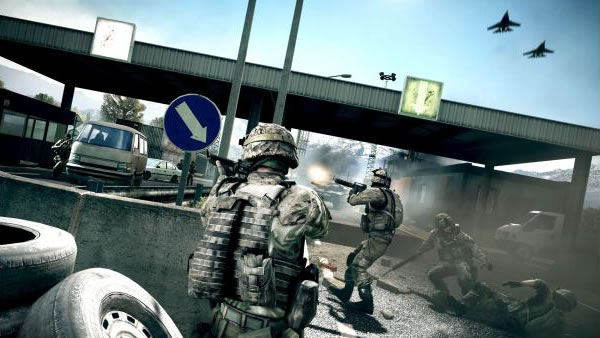 DICE recommends a quad-core CPU be used along with 4GB of system memory. As for the graphics card a GeForce GTX 560 or Radeon HD 6950 is suggested, meaning that gamers will want to spend around $200 on a modern graphics card to appreciate Battlefield 3. Today we'll take a peak at what's required to play Battlefield 3 as we check out how the beta performs.