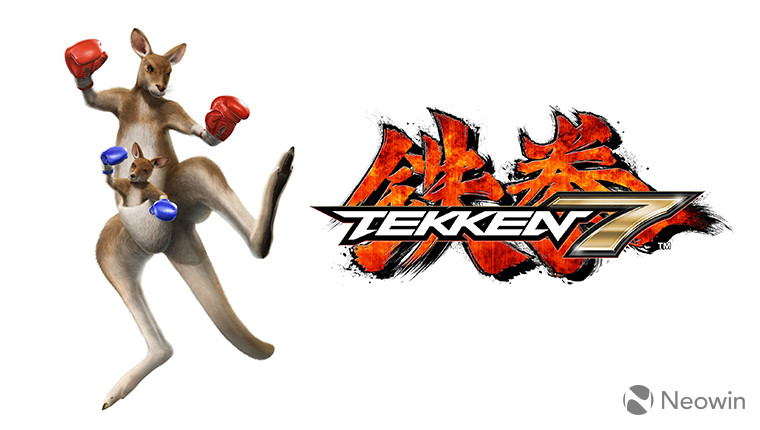 Popular fighting game series Tekken reaches its seventh installment, with the title's western release set to be available in a month's time. However, a character that was present in its Japanese edition will not be playable in the upcoming version.

Speaking to VG24/7, Tekken's executive producer, Katsuhiro Harada, confirmed that this missing character would be Roger Jr, the boxing kangaroo. The reasoning behind this decision was reportedly due to a viral video from last year, of a man punching a kangaroo in the face to rescue his dog.

“It turned into a big problem. People were complaining about him punching a kangaroo" said Harada. He admitted that the chance of animal activists playing the fighting game is slim, but " they would still hear about that, about a kangaroo in our game being punched, and would complain about it".

As Harada confirmed later on Twitter, seen below, the decision wasn't due to any pressure from an animal rights organization, and solely to ease the developer's worry over a reaction that could have materialized.

Huh? PETA has not said anything. And I said we've worries. What are you talking about.
RT @ChingachgookNM

Fortunately, the western release's will still include Kuma the bear as a playable character, with Harada pointing out that a bear is "obviously stronger than a human being".

If still interested, the kangaroo-less version of Tekken 7 is slated for release on June 2 for PC, PlayStation 4 and Xbox One.