Electric vehicles have come a long way in the past few decades. Today, electric cars are more efficient, and their top speed can rival that of a sports car with an internal combustion engine. One of the areas where they still need improvement is mileage, but a team of Tesla enthusiasts from Italy might want to disagree.

Tesla Owners Italia has set a new record by driving a Tesla Model S P100D 1078 kilometres (670 miles) on a single charge. This is more than double the official mileage the car is rated at. For reference, the previous record for the longest drive by an EV on a single charge was 901 kilometres. 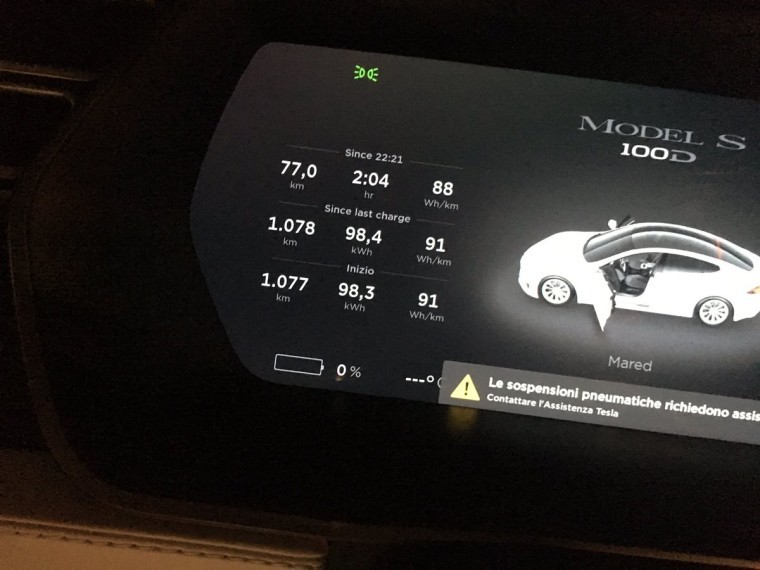 To achieve this milestone, the team had to overcome two big challenges: air resistance and surface friction. Thanks to Tesla's Autopilot system, they were able to minimize the former's impact by driving the car at an average speed of 40 km/h (air drag is proportional to the square of velocity.) To reduce surface friction, the team used low rolling resistance tires, which in turn made the vehicle more energy efficient.

The whole deed took a team of five people 29 hours to complete. During the test, air conditioning was kept off.

Much like CPU overclocking that relies on liquid nitrogen to achieve record-breaking clock speeds, riding an electric vehicle a thousand kilometres on a single charge is still not practical. Fortunately, the industry is working on new battery technologies; what seems impractical now, might soon become a reality.