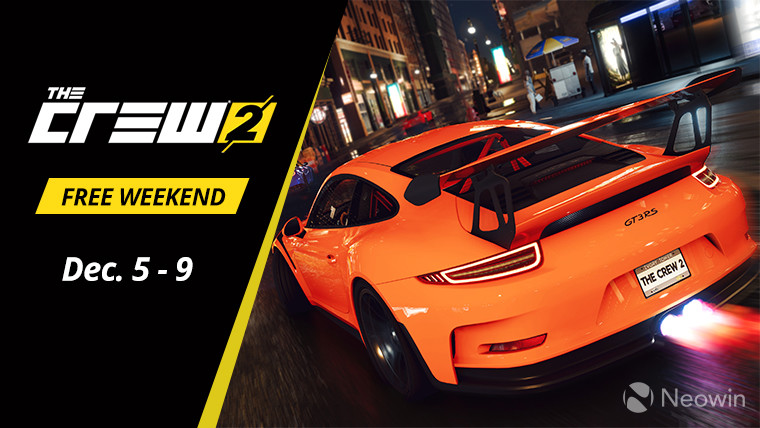 Ivory Tower's The Crew 2 is free to play from today until December 9, while also benefiting from a 75% discount most of the available platforms.

If you're unfamiliar, this is an open world racing game - and abviously the successor to 2014's The Crew - in which you get to drive planes, motorcycles, boats, and of course cars. It features a persistent world, the map of which is a scaled down version of the United States, divided into five distinct regions. You get to complete challenges both in the single-player campaign as well as in co-op and multiplayer modes. There is a progression and leaderboard system in place, much like in titles such as Forza Horizon 4, quite a few of the Need for Speed games (the Autolog feature), and even older titles like Test Drive Unlimited.

It's worth keeping in mind that while the free weekend is available via Uplay, Steam, Epic Games Store, as well as on the PlayStation 4 and Xbox One, certain restrictions apply. For example, you will need to have an active Xbox Live Gold subscription to download and participate in the free event on Microsoft's console. If you're on a PlayStation 4, you can download and play without a problem, though only the single-player content. An active PS+ subscription is required to access features like PvP or creation of groups (crews).

If you purchase the game, your progression during the free weekend will carry over to the full version. Luckily, The Crew 2 is also on sale right now, featuring a pretty decent 75% discount on Steam, Uplay, and for those on Xbox. Here are the links to all available platforms: