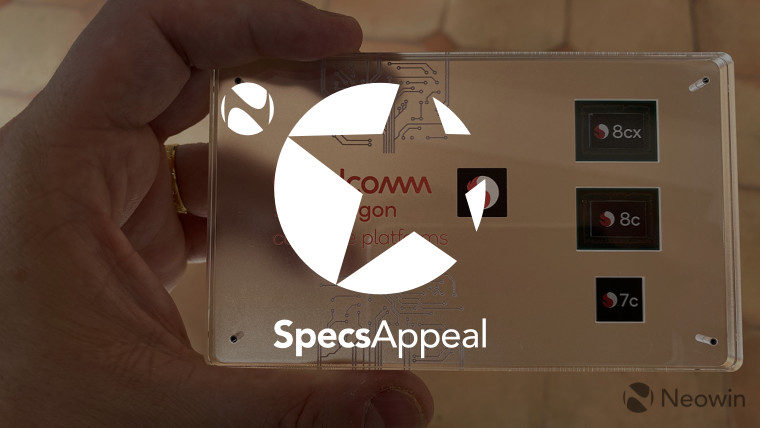 Putting the specs side-by-side show some interesting things. For one, there really isn't much of a difference between the Snapdragon 8c and the Snapdragon 8cx. The only difference is some changes in the CPU and the GPU; the rest of the feature set is pretty much the same.

Also, the 8c is meant to be the successor to the Snapdragon 850, and that's a pretty meaningful change. The 850 was actually based on the Snapdragon 845, which was made for smartphones. Now, we're seeing more PC-centric features light up, like support for real SSDs and multiple monitors.

The Snapdragon 7c is interesting just because it's meant to hit a price point of around $499. This is a big part of the PC market, and at that price, there really isn't anything that comes with 4G LTE, let alone anything that's thin and light. It's also interesting that it comes with support for Bluetooth 5.1, while none of the other chipsets do.

One other thing that's notable is that the Snapdragon 8c actually comes with support for all versions of Windows 10, meaning Home, Pro, and Enterprise, just like the 8cx.

Devices with the Snapdragon 7c and 8c won't be shipping until next year, but the Snapdragon platform should end up offering a pretty robust offering in the Windows 10 arena. The only thing Qualcomm needs now is to get partners on board to actually build the PCs.