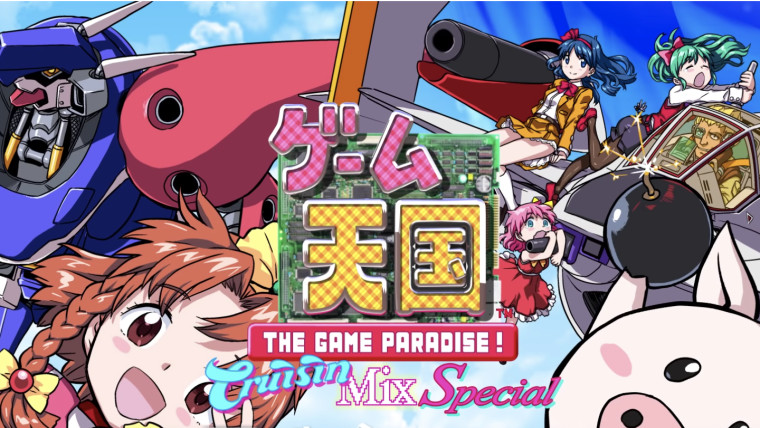 The Game Paradise: Crusin Mix Special has been available for the PlayStation 4 and PC via Steam for quite some time. Now, Dispatch Games has announced that it will finally bring the game to the Nintendo Switch later this year.

While this is certainly good news, the game will only be made available to those in the United States and Europe this fall. Brian Schorr, who is the founder of Dispatch Games stated:

“We are extremely pleased to bring such a beloved title to the west. The Game Paradise: Crusin Mix Special adds yet another great shmup to our ever growing library of shooters.”

If you've never heard of the game, Game Paradise or Game Tengoku as it is known in Japan was first released over ten years ago, offering players a wacky shooter experience. Dispatch Games has not announced a specific date for release but will have a standard and limited edition variant of the title upon release.

The standard version will be priced at $39.99, while the limited edition will cost $99.99. If interested, you can head to the website to pre-order.