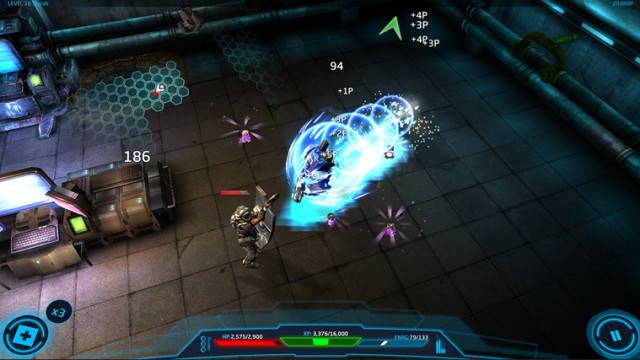 "The Harvest" is an action RPG game developed by Microsoft Studios.

"The Harvest," a Microsoft-developed game originally released for Windows Phone 7 as a way to show off the smartphone operating system's technical prowess, is now available on Windows 8 and Windows RT.

A Windows Store listing for the game states the game has been expanded since its launched alongside Windows Phone 7, though little information about what has been added to the title is mentioned. Perhaps the most notable difference is that the game now features synchronous co-op play in its story mode. As with the Windows Phone version, the sci-fi action role-playing game features 3D graphics and Xbox achievement and leaderboard support.

Unlike most games for Windows 8 and Windows RT, there is currently no trial option available for download; the game is only available as a $6.99 purchase.

"The Harvest" was officially announced for Windows 8 in August, when it was supposed to be in the first wave of games released for Microsoft's latest operating system. After the release of Windows 8, however, little was stated about the game until last week, when Microsoft said it would soon release the game. Despite being one of the most popular Windows Phone 7 games, a Windows Phone 8 version has yet to be announced.