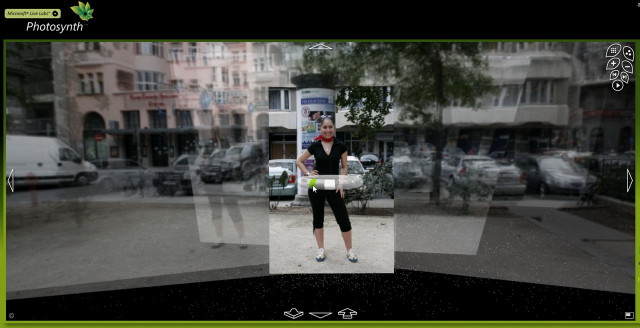 Whilst leaked Windows builds usually give us a glimpse of some of the new features we can expect in the next iteration of the OS, it's only when we delve deeper into the source code that the most interesting features emerge. Build 9385 leaked just last week, and looking through the source code revealed that we'll see integration of Microsoft's Photosynth panorama software in the Windows 8.1 camera app.

Twitter user @h0x0d has been able to activate the feature by replacing a .dat file in build 9385's filesystem with an updated version:

@h0x0d went on to inform us how this modification is achieved:

How to activate Photosynth

In order to activate the feature, the settings.dat file must be replaced with the alternate version. This simply tricks the system into enabling the Photosynth feature which then can be accessed from the Camera app, as we might expect in the upcoming release of Windows 8.1. Interestingly, it appears Microsoft have chosen to integrate the functionality directly into the Camera app rather than releasing it as a standalone application on the store. Whilst this may be useful for users with tablet devices running Windows 8.1, it will prove to be a feature that many desktop users simply may not use.

Whilst links are provided for this in @h0x0d's tweet, as with any leak, we highly caution you from installing any build or modification to that build on your primary machine as these builds are likely unstable and could cause corruption and/or irreparable harm to any disk you install the files on.

Its first time as a dedicated Metro app

Photosynth has never been released as a Metro application before, rather through a standard desktop client available at Photosynth.net, where 'synths' can be created, then shared and accessed via a direct link. The service is currently available as an app for Windows Phone 8 and also for iOS. Both apps have received glowing reviews on their respective app stores.

First released as a tech preview in 2006 and as a stable release in 2010, Photosynth allows users to generate a three-dimensional model using their photos. The software is based on Photo Tourism, a research project by the University of Washington graduate Noah Snavely.

Microsoft-News first noted that "digging around in the source code" showed that the camera app in Windows 8.1 will include Photosynth, but the interface in the leaked build didn't allow for it to be accessed.