At the launch of Nokia's Lumia 925 earlier this month, a Vodafone executive commented - rather candidly - on the weight and heft of its predecessor, the mighty Lumia 920. Despite the 925 sharing much the same specs as its predecessor, albeit in a thinner and lighter aluminium body, the 920 hasn't been directly superseded by the newer handset; indeed, Nokia's Kevin Shields told Neowin that the 920, 925 and the recently launched Lumia 928 for Verizon Wireless are essentially three versions of the same flagship handset.

The Lumia 920 lives on then, and as if to underline this fact, it seems that a new colour is about to join the range, with this green variant spotted in Australia by a reader of WPCentral. 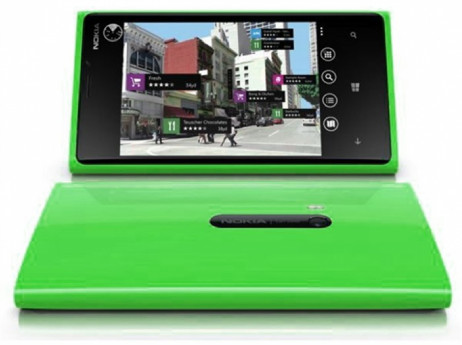 It's not the first time a green version has been seen in the wild; back in March, a green 920 was also seen, although the shade of green was much lighter than the version shown in the image above. The newer, darker version appears to be legitimate, given that it's now on sale on E-Store Australia, complete with manufacturer ID and part number. Although it's currently out of stock, it appears that it can still be back-ordered.

The new green variant joins the existing range of red, yellow, white, black and cyan versions, along with the extremely rare grey model.