Come one, come all to Big Kyle's Discount Auto Sales lot to see the newest in stock PAVs! These babies come fully loaded with room for 4 people! They have a sleek, shiny, stealthy coat and did I forget to mention? THEY CAN FLY! That's right, folks! No more waiting for a train to pass. Buy today!

Now, many of us can remember sitting down in front of the television and watching The Jetsons. And we all remember the 'Aerocar' that George Jetson drove to his tedious job every day. And now over 46 years after the original release of the Jetsons, The Pentagon has now approved their "Personal Air Vehicle" (PAV) for military purposes.

So, how does it work? The PAV is driving steadily and them vrooom it flies into the air like an Apache helicopter just cooler, because it's a car.

Yes, yes, flying cars have been around for years! I know, I know. But this one is different! It is made by the crazy mad scientists in the Darpa project. You know Darpa? The "Kill-Proof" soldiers, military laser gun and other crazy military projects people?

Darpa says that what they need now is "morphing wings", "optimized disk loading" propulsion, and strong flight control software. But they are forgetting something. A cup holder.

But don't get me wrong. I would definitely buy one of these when I get a few billion dollars to blow. I could finally catch up to those damn birds after they poo on my windshield. 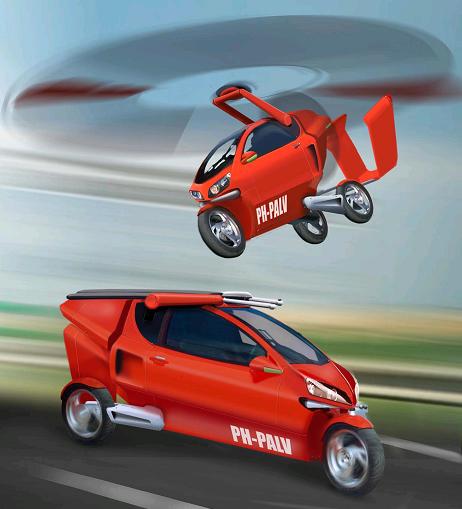