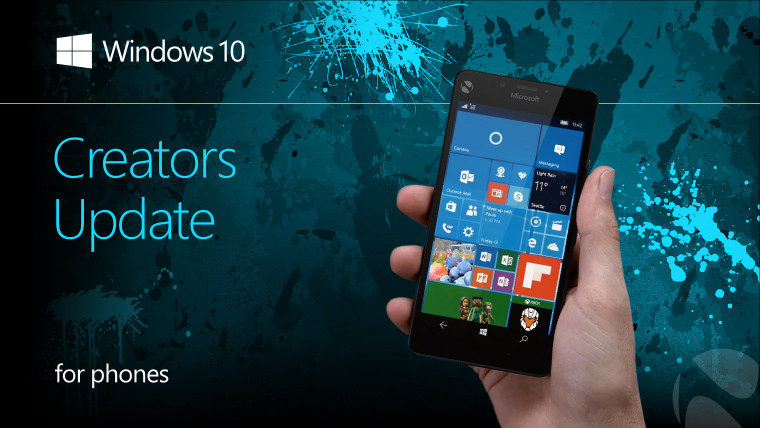 Earlier this week, Microsoft confirmed that the Windows 10 Creators Update will begin rolling out to PCs on April 11. In an earlier statement, the company had said that phone users would get it after PCs, but no specific date was offered, until today.

In a blog post, the firm detailed how the Creators Update would be rolled out, and it confirmed that the Windows 10 Mobile update will be arriving on April 25. Microsoft says that availability of the update "may vary by manufacturer, model, country or region, mobile operator or service provider, specific installed software, hardware limitations and other factors such as feedback from customers."

Obviously, there seems to be a lot of conditions that go into whether or not your phone will receive the Creators Update. Historically, phones that are locked to carriers have had to wait an additional week or two. This might be the first time, however, that phones that are officially eligible for Windows 10 Mobile don't receive a feature update due to hardware limitations.

Of course, we don't know what those limitations might be, as Microsoft still hasn't updated the Windows 10 minimum hardware requirements for the Creators Update. For reference, that page was refreshed for the Anniversary Update three and a half months ahead of time.

As mentioned previously, the firm also detailed how the Update will roll out for PCs. It will be made available for newer devices first, "especially those we tested together with our OEM hardware partners." After that, availability will be expanded based on feedback. Naturally, if you really want it, you can force the upgrade by using the Upgrade Assistant.

All in all, the rollout should take "several months", so don't be surprised if your device doesn't receive it on day one.