Overtaking Facebook is no easy feat but if you start to look at some of the products that Tencent holds, it all seems to add up. For instance, Tencent runs WeChat, the most popular app in China, it also owns a mobile game called Honor of Kings which is the world's highest grossing game. Overall, Tencent is the world's largest gaming company even recently launching a WeGame service with which it wants to rival gaming platform Steam with.

Tencent is now valued at $523 billion, beating Facebook by $1 billion. So it hasn't beaten the American social media company by a huge margin, however, the company has been experiencing a rally this year which has pushed its market value up $292 billion, a 127 percent rise just over this year. 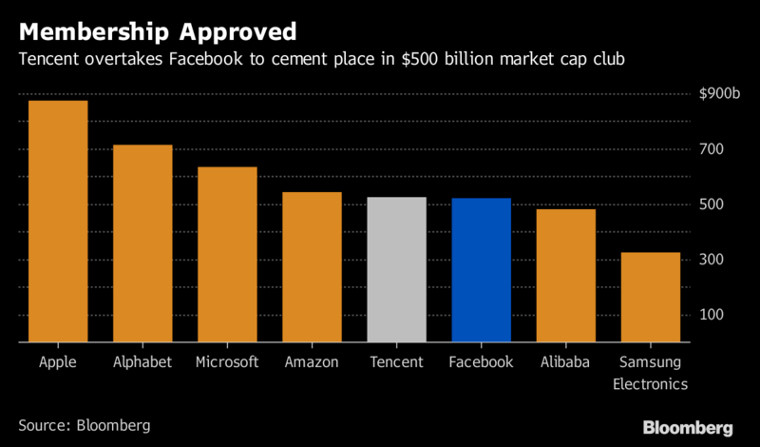 If the company's rise is not curtailed then it might catch up to the fourth place held by Amazon quite quickly. Although as we can see in the above table the battle for fourth place is a lot closer than it is for first; where Apple stands nearly $200 billion ahead of Alphabet the company behind Google.