Yes, it's the year of the battery it would seem. 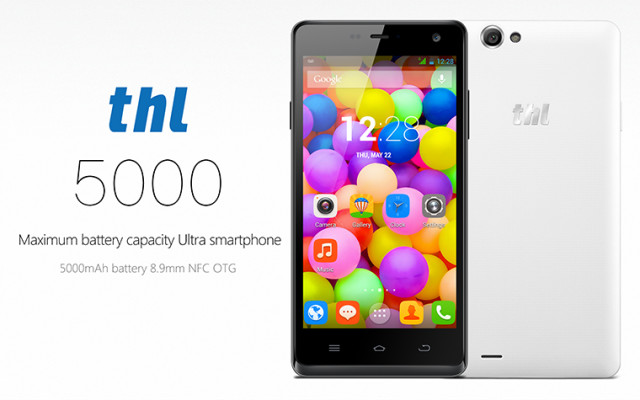 In the last 12 months we've seen some phenomenal developments in smartphone battery capacity. Smartphones from multiple manufacturers suddenly started being released with larger and larger capacity batteries, and in perfect timing with higher resolution displays such as that of the Lenovo Vibe Z2. There has been something in the air ever since early this year when the Gionee Elife 5.5 was announced: a 5.55mm phone that still managed to retain a 2450 mAh battery capacity.

Today however, Chinese manufacturer THL have decided to follow in the lead of Eton with their 5000 mAh Eton Thundergod and pack in a giant battery in their latest smartphone: the THL 5000. A very fitting name in that it most likely refers to the huge 5000 mAh silicon anode Li-Po battery powering the device. 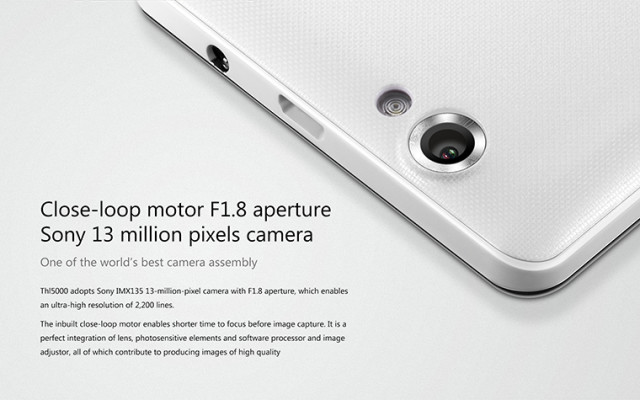 The other specifications are also very reasonable:

It has managed to somewhat keep a reasonable size as well, in that most phones with larger capacity batteries are either extremely thick or oversized phablets, such as the Lenovo S860. With the THL 5000 we have a very reasonable 5" display on a phone that is 8.9mm at its thickest point (the exact dimensions are 144.9mm x 72.3mm x 8.9mm). As far as the battery itself however, THL promises 1000 hours of standby, 47 hours talk time, 11 hours of web browsing, 125 hours of audio listening, and 11.6 hours of video play.

The phone is has the Android OS, however it only has Jellybean 4.2, as is typical with most Chinese phones unfortunately. 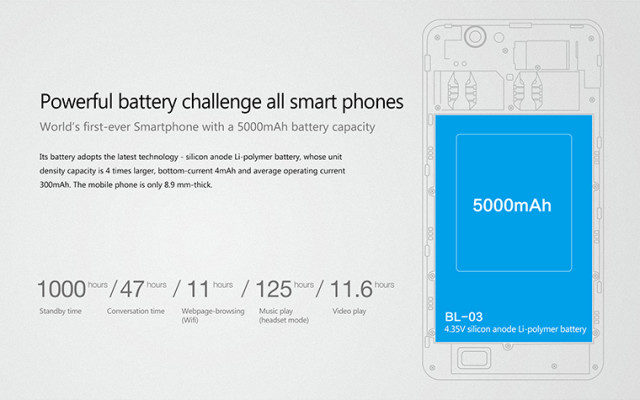 As of yet it is only available to wholesalers, however this means that the phone would be available for purchase sometime next month.