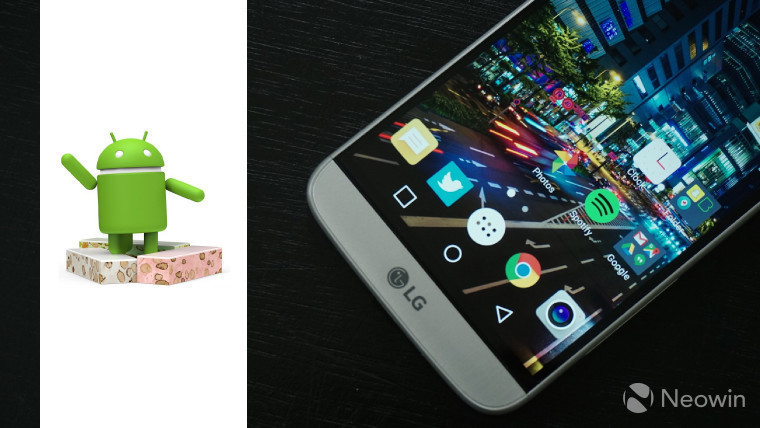 AT&T customers will no doubt already be aware that the carrier has a dismal track record when it comes to delivering updates to its devices. It delivered the Android 6.0.1 Marshmallow update to the Galaxy Note 4 and Note Edge months after its rivals; it took over seven months after Windows 10 Mobile's release to bring that update to the Lumia 640 XL; and it dragged its feet for over a year before upgrading the ZTE Zmax 2 to Marshmallow.

Now, three months after Sprint, T-Mobile and Verizon, AT&T is finally upgrading the LG G5 to Android 7.0 Nougat. The update is around 1.5GB in size, bumping up the build number to NRD90U.

Unfortunately, despite the lengthy wait for its arrival, AT&T hasn't even updated the G5 with the latest Android security patches; rather than the most recent February updates, the handset is instead only being patched up to January 1, 2017 for now.

The availability of the update for the G5 on AT&T comes six months, almost to the day, after Google originally released 7.0 - but since then, versions 7.1 and 7.1.1 have also been released, and Android 7.1.2 is now being beta-tested.