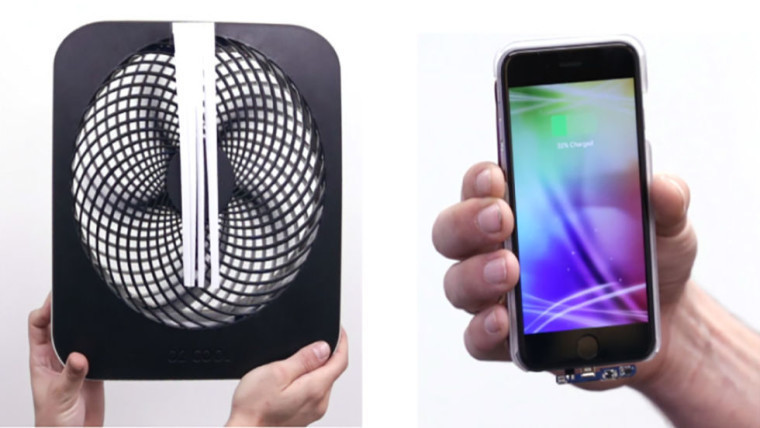 Disney Research has created a prototype of a room which is capable of wirelessly providing power to phones and household devices.

The room is capable of simultaneously powering several devices including a smartphone, lamps, a fan, and an RC car. These can be powered regardless of where they are located inside the room. This development represents a significant step forward in wireless power delivery technologies, which usually require close proximity to wireless charging pads in order to transfer power. Depending on where an object is in the room, the researchers estimate efficiency levels to be between 40 and 95 percent.

The system works by using specially built aluminum panels in the ceiling and walls, and a long copper pipe in the center of the room which contains a ring of capacitors. These capacitors are connected to a signal generator outside the room which outputs a tone at a specific frequency. The system uses a technology called quasistatic cavity resonance (QSCR), and generates a magnetic field which spreads across the room. An in-depth explanation of how the system works can be viewed below:

The technology is still in its early stages, and researchers have warned of a few safety issues. Firstly, so that the human body doesn't absorb harmful levels of energy, humans must remain at least 46 centimeters away from the copper pole. Researchers also warn that power is stored within the room, so continuously providing more power when it isn't being consumed is inadvisable. In essence, up to 1,900 watts can be pumped in, but this would only be safe if the same amount of energy was being used by devices in the room.

Researchers state that there is potential for this technology to be scaled up or down, or adapted to form more conventional rooms.