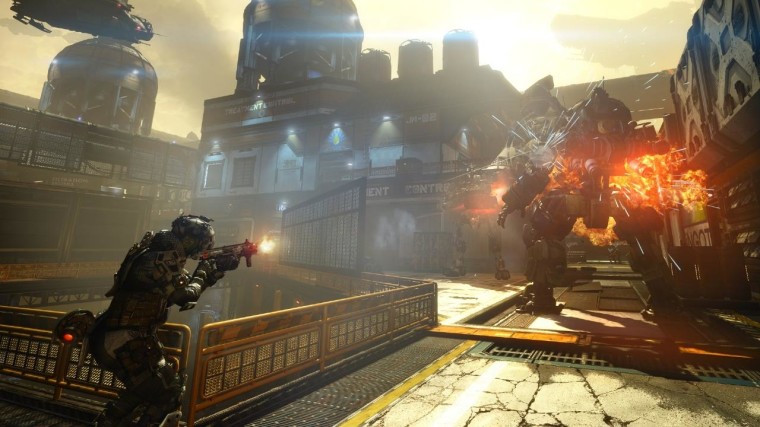 Today, Respawn Entertainment's Titanfall hit its one year anniversary. The game was the product of ex-Infinity Ward members who helped make Call of Duty the sales juggernaut that it is today. While the game never seemed to become the tide-turner for console sales that Microsoft was looking for at the time, Titanfall still sold well for a newcomer game with AAA-franchise aspirations. With many new Xbox One owners, Titanfall has found many new players who will be happy to hear of a freebie now available.

The season pass for Titanfall, which includes the DLC packs: Expedition, Frontier's Edge, and IMC Rising; became free today. The three DLC packs bring forth new maps to free-run your way across, keeping at least the setting in which you impose your will on others fresh. It isn't known whether this is a permanent freebie or a limited-time offer, so anyone interested in getting the expansion packs for free shouldn't hesitate to download the seasons pass, which can be found via the Titanfall page on Xbox.com 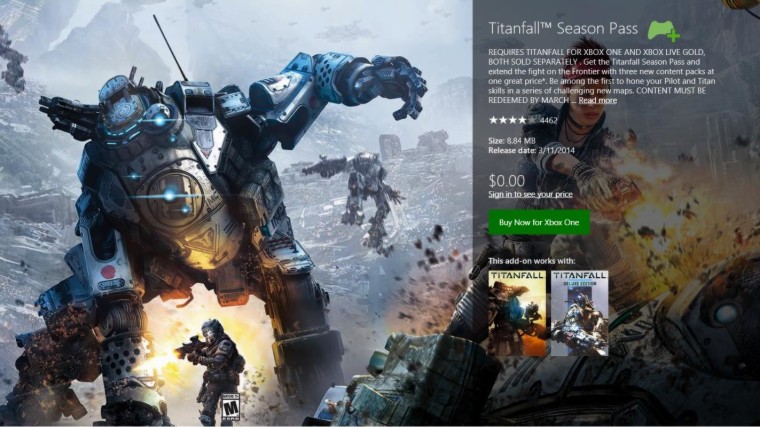 Since the game launched last year, Respawn Entertainment has worked to build upon the initial Titanfall game by creating new game modes, such as a 2v2 Last Titan Standing mode and a pilots-only 8v8 mode. Respawn also introduced a Frontier Defense game mode that acts as a cooperative variant where players must defend a structure against several waves of increasingly-difficult enemies until an objective is completed.

While the first Titanfall was a console exclusive, rumors have swirled over the Playstation 4 being a part of the next release of the game. While it's entirely possible, there were reports circling the web a while back that suggested Sony didn't want to pursue Titanfall when Respawn Entertainment approached the company prior to the PS4 and Xbox One reveals. That plus Microsoft's heavy involvement support of the game with cloud-based computing via Azure make it at least somewhat possible that the game could find a console exclusive home again in the future.

UPDATE: Origin is now offering the Titanfall season pass for PC users for free and Respawn Entertainment has confirmed that all three DLC packs are permanently free.