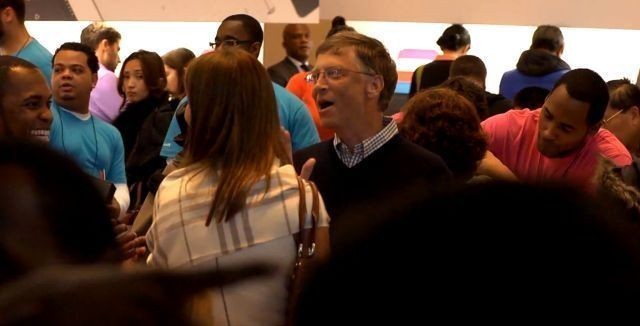 Bill Gates is rich; no one disputes that. He's been the richest man in the U.S. for a very long time and in 2013, the co-founder and chairman of Microsoft actually regained his title as the world's most wealthiest person, beating out Mexican telecommunications mogul Carlos Slim.

Today, Bloomberg reports that, according to their own Billionaires Index, Gates increased his personal wealth by $15.8 billion in 2013, bringing his total fortune to a whopping $78.5 billion. Part of the reason for that rise was that the stock price of Microsoft went up by 40 percent last year, and Gates still owns 4.5 percent of the company.

However, Gates also has money in a number of other companies that did well in 2013. One of them is Canadian National Railway, which saw its stock go up by 34 percent in 2013. Gates owns shares in Ecolab, which makes sanitizing products, and its stock price rose up by 45 percent in 2013.