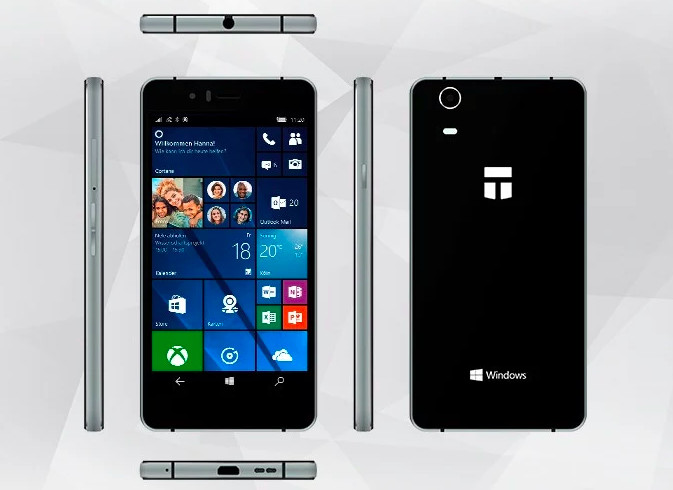 Microsoft isn't interested in making new hardware for its mobile Windows platform. While this might be the case and other firms have abandoned the platform, it appears that smaller companies are still trying to offer up new devices to keep things alive.

Trekstor is a company that has been in business for more than 15 years and last released the WinPhone 4.7 back in 2015. The company is now offering a potential successor, the WinPhone 5.0 with Windows 10 Mobile, through its Indiegogo campaign.

So what do you get with the WinPhone 5.0? The handset will be made of metal and glass and feature a 5.0-inch 720p IPS display protected by Corning's Gorilla Glass 3. It will be powered by a Qualcomm Snapdragon 617 processor and have 3GB RAM. As for storage, the phone will have 32GB internally with room for expansion via its microSD slot.

As for the camera, the device will have a 13MP rear camera with dual flash and a 5MP front-facing camera. The firm states that the phone will last up to five days on standby and six hours if on a call, thanks to its 2,250mAh battery. Those hoping for USB Type-C will be disappointed, as you will be charging this device with micro USB. Luckily, you won't be in need of a dongle to listen to music privately, as it will still have a 3.5mm headphone jack.

The Indiegogo campaign has a month left and is currently at around 6% of its €500,000 goal. If you want to fund it, you can always contribute €229 or around $270 USD, to secure yourself a smartphone. As with all crowdfunding efforts, the money you put down does not guarantee a device and there could always be delays or the campaign may fail to reach its goal altogether, but if all goes to plan, you should have your handset by March 2018.