Back in August, we took a look at 5 Forgotten Apple Products. Even then we were planning on following that up with a Microsoft themed article, but somehow it just kept getting pushed further and further back - when you're dealing with as many different subjects as we do, it's easy to get distracted - but we've finally stepped up to the task. So without further ado, we invite you to join us as we take a look at the Microsoft products that time forgot...

Microsoft Adventure: In 1979, Microsoft wasn’t exactly a consumer friendly brand. What better way to break into that market than by producing a game? With that in mind, they decided to launch the Microsoft Consumer Products Division. Microsoft Adventure was lucky enough to be their first project.

Since no one at Microsoft was really a game developer, someone decided to engage in the rather unethical exercise of shamelessly porting the original Adventure, a text-based game originally developed for mainframe computers by Will Crowther, and vastly expanded on by Don Woods. Plenty of other companies had attempted to do the same thing before Microsoft, but no one had been able to get the full game running in its full 300kB glory. Microsoft’s Gordon Letwin, a brilliant programmer, decided that he would be the first to pull it off. And he’d somehow manage to convince Bill Gates into letting him take most of the money in the process. 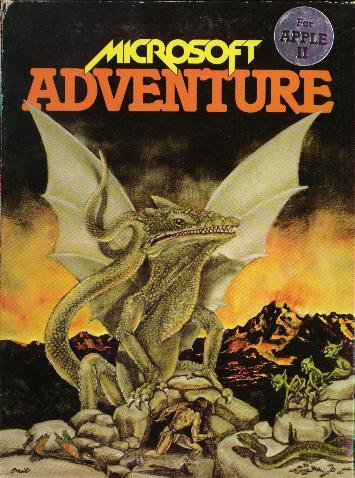 To be fair, Microsoft was hardly the only company to produce an Adventure clone in the early '80s - some versions even featured illustrations and telnet multiplayer, evolving into proto-MMOs

To make the memory intensive game (it’s hard to believe that we’re calling a text based game ‘memory intensive’) run on Radio Shack’s TRS-80, Letwin decided to fall back on Radio Shack’s $500 expansion drive, which allowed the computer to read floppies instead of cassettes. Not only did Microsoft manage to pack the entire game on one disc (once the technology caught up, they’d bring it over to other platforms as well, like the Apple II), but they also produced one of the first professional looking PC games. At a time when most games were stuffed into sandwich baggies with carbon-copied manuals, Microsoft Adventure came in a gloriously illustrated retail box with a glossy manual, which you can check out here.

The really funny part is that Letwin somehow managed to convince Bill Gates and Paul Allen to sign Microsoft on only as publisher – Letwin’s one man company, Softwin Associates, was listed as developer, and no doubt ended up with a good portion of the profits.  Will Crowther and Don Woods, who actually developed the game, didn’t even get so much as a mention.

Microsoft SoftCard: This was one of Microsoft’s first forays into hardware. It’s probably a little incomprehensible to modern computer users, but once upon a time, this little device, a coprocessor card, would let you run another OS on your Apple II. In this case, Microsoft’s SoftCard made it possible to run CP/M, essentially making it possible to run legacy software on Apple’s device (by 1980, when the SoftCard was released, CP/M was old hat).

Taking advantage of the platform's broad extensibility, tons of different expansion cards were produced for the Apple II

What’s even more shocking is that Apple made it easy for users to install such whacky devices. Then again, in the era before virtual machines, it was probably a necessary tradeoff, considering the expandability offered. And the SoftCard wasn’t the only expansion device Microsoft made; in addition to its many iterations, they also sold the Microsoft RAMCard, for SoftCard users who needed more RAM than Apple offered in their stock machines. 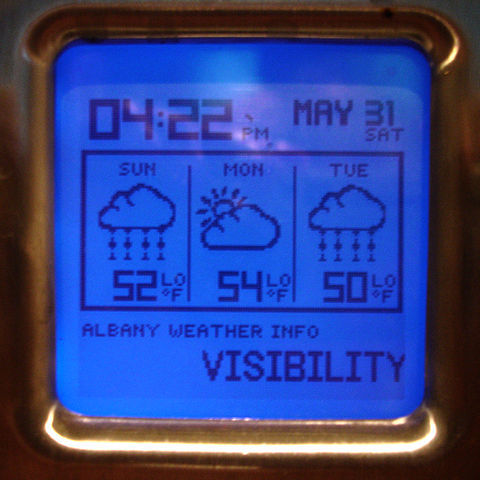 This was revolutionary in 2004

SPOT was an umbrella interface that allowed devices as disparate as coffeemakers to watches connect to MSN Direct. In the days before WiFi and 3G, MSN Direct made it possible to stay connected by transmitting information over an FM radio signal, which is sort of quaint and amazing at the same time. Believe it or not, in 2004, for a mere $59 a year, you could stay connected to the news, weather, stock information and more through your watch. That’s right: Microsoft had wearable computers 8 years ago.

As it turned out, SPOT was still a little ahead of its time. While staying connected over an FM radio signal is pretty cool in a geeky kind of way, it ended up being hard for Microsoft to compete with the internet-connected feature phones and smartphones that appeared over the next few years. Still, OEMs were selling SPOT watches as far ahead as 2008, and Microsoft didn’t discontinue the service itself until January 1st, 2012.

Kin: It took Microsoft just over a month to discontinue the Kin, their social phone for the new age. It took even less time for the public to forget it. With its clunky shape, botched marketing and repulsive logo, the Kin was doomed to failure from day one. A holdout from the Java era, the Kin just wasn't designed to compete in the smartphone market of 2010.

This bizarre Kin advertisement generated more buzz than the devices themselves, when watchdog groups accused it of promoting sexting

It seemed promising at first - a handset combing Microsoft’s software expertise with the social know-how of Danger Inc. unfortunately, any hype that existed for Microsoft’s bold new device died as soon as journalists and the public got their hands on it. With Windows Phone delayed, Microsoft was forced to cobble together an OS with a Zune-like interface on top of Windows CE, and while it did manage to introduce the public to Microsoft’s Metro/Modern UI on a mobile device, the design language was still in flux, and not nearly as elegant as later software.

The best thing about Kin was the botched advertising campaign, which some critics accused of promoting sexting. While we’re not so sure about that, it was pretty cringeworthy. After a little over a month on the market, Verizon sent all of the Kins the unsold devices back to Microsoft, and Kin never even saw the light day in Europe. Microsoft somehow managed to convince Verizon to try and sell off the remaining stock as feature phones, but we imagine a fair amount of them ended up buried in the desert somewhere.