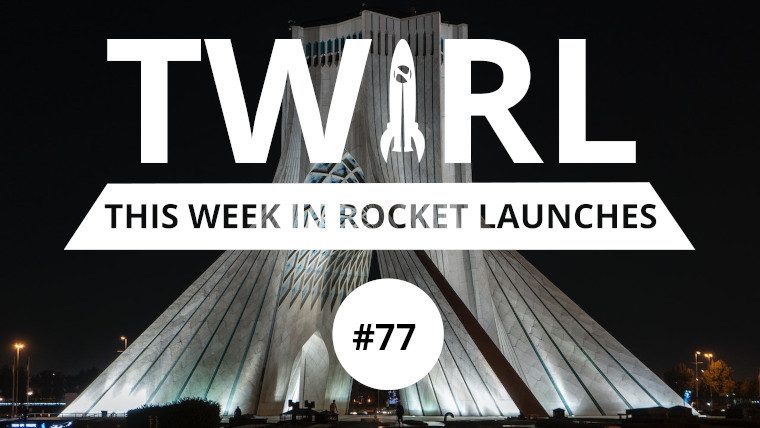 We have two launches this week and both will take place on Tuesday. The first launch will be a Soyuz 2.1b blasting off from the Baikonur Cosmodrome carrying several CubeSats and Iran’s Khayyam remote sensing satellite. The other launch is a fairly run-of-the-mill Starlink launch atop a SpaceX Falcon 9 rocket.

At 5:52 a.m. UTC, Russia will launch one of its Soyuz 2.1b rockets carrying a number of CubeSats as well as its primary payload, a satellite called Khayyam. The satellite is being launched for the Iranian military and is described as a remote sensing satellite, however, it’s based on a similar design to a Russian reconnaissance satellite called Razbeg. The Khayyam satellite has a high-resolution camera, weighs 650 kg and will be placed in a Sun-synchronous orbit.

The satellite is named after the Persian polymath, Omar Khayyam, who lived between 1048 and 1131. Polymaths are people involved in a number of fields and in Khayyam’s case, he made contributions to mathematics, astronomy, philosophy, and poetry.

The second and final launch will be carried out by SpaceX at 11 p.m. UTC. It will launch a Falcon 9 carrying 53 Starlink satellites into low Earth orbit. For anyone who uses apps like ISS Detector, this set of satellites will be identifiable by the group number: 4-26. Starlink's satellites are not hard to see and can be spotted with the naked eye or binoculars, so you could see this group after they’re launched if you know where to look. The launch will be streamed on SpaceX’s website.

The first launch of the week was Rocket Lab’s Antipodean Adventure mission. An Electron rocket carried a classified payload for the National Reconnaissance Office.

On August 4, an Atlas V carried the SBIRS GEO 6 satellite to orbit for the U.S. Space Force.

On the same day, Blue Origin’s New Shepard carried paying customers to the edge of space.

That’s all we have this week, check in next time!