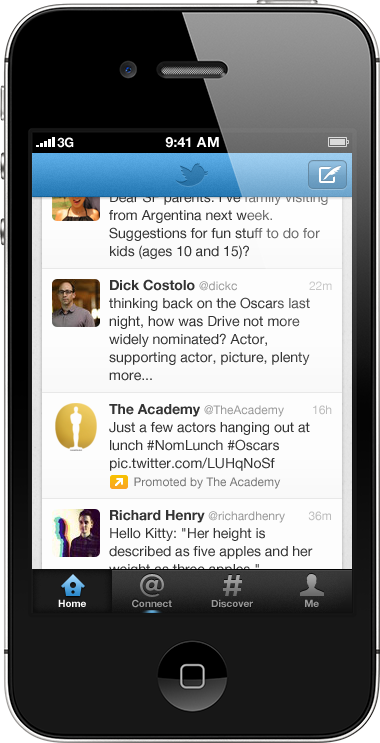 Twitter users who get their messages via their iOS and Android apps will soon be hit by more "Promoted Tweets." In a post on Twitter's blog site, the company announced that with the most recent updates of the iOS and Android apps, Promoted Accounts (the Twitter accounts paid for by companies) will begin showing up in the timeline of those Twitter apps.

In addition, users of those apps will begin to see Promoted Tweets in the timeline "in the coming weeks." The blog post states:

Initially, a small number of users may see Promoted Tweets near the top of their timelines from brands they already follow. This will help ensure that people see important Tweets from the brands they care about.

Twitter has already stated that it has over 100 million users worldwide, and that half of them log in to use the service every day. The company is clearly trying to use that massive user base to generate revenue via ads such as Promoted Tweets but it may feel some backlash from mobile users who may not care to see such ad messages in their timeline.