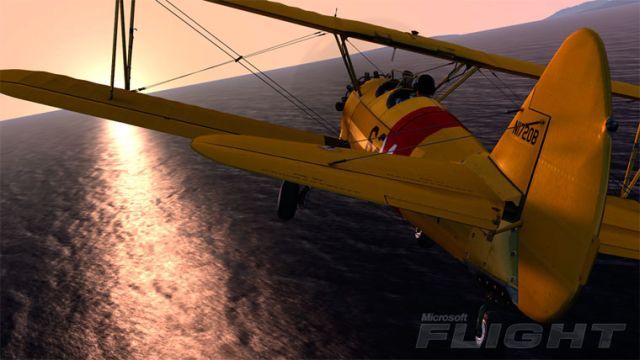 Microsoft's latest PC exclusive game has now left the hanger and has taken off from its runway. Microsoft Flight is now available to download for free via the PC section of the Xbox.com web site. Microsoft said a few days ago it planned to launch the game on Wednesday, February 29th. However, it looks like the company pulled the trigger on the download a few hours earlier than expected.

The game does require the user install the Games for Windows Live client. Once that's done, the player can download the 1.43 GB game which allows the player to pilot the experimental ICON A5 aircraft above and around the big island of the state of Hawaii and participate in a number of challenges.

There are a number of DLC options already available for Microsoft Flight. Players can download the WWII fighter aircraft the P-51 Mustang for $7.99 or the single prop engine plane the The Maule M-7-260C for $14.99. Finally, players can purchase and download the Hawaiian Adventure Pack for $19.99. This enables the player to pilot his craft across all of the islands in the Hawaiian chain. It also adds a new aircraft, the Vans RV-6A.

Microsoft will likely add even more DLC content to Microsoft Flight in the coming months.