Although we discovered today that Instagram’s userbase has hit the 80 million mark; the company may not be in a celebratory mood. Twitter has recently decided to limit the use of its API to applications and websites alike and as of today, the “Find friends from Twitter” feature has been removed.

When attempting to find friends on Twitter, an error message reads: 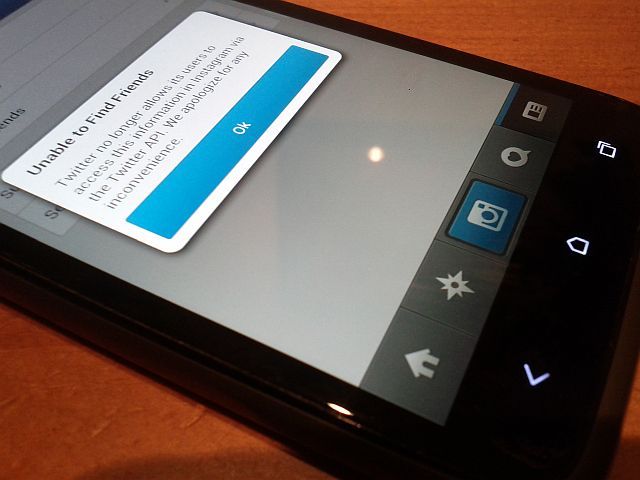 Posting images to Twitter still works, but finding friend does not because it apparently mimics the Twitter experience a little too much. Twitter plans on profiting more from its service by limiting the use of its API's. However, one can only wonder how it will do so, when it will let services feed into Twitter, but won’t let information leave the social network. Why would any developer want to invest in Twitters services if they can't have an equal exchange of information? Let us know your thoughts in the comments.