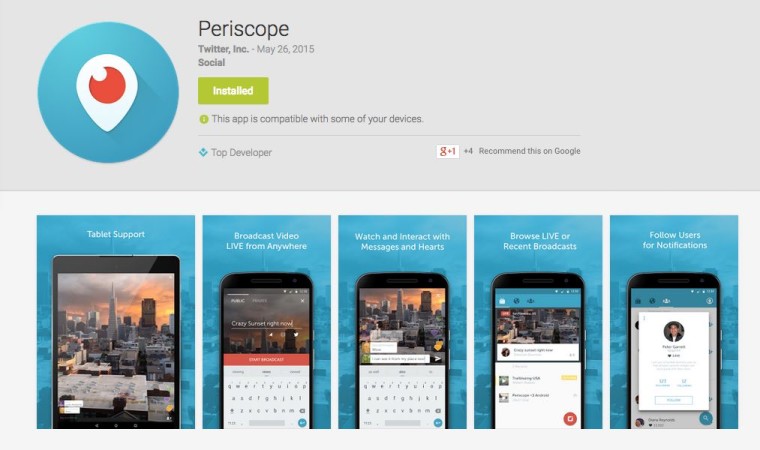 For nearly two months, iOS users have had the exclusive when it comes to Twitter's latest app, Periscope. Today, Twitter has released the video broadcasting app on Google Play Store making it available for Android users.

If you are not familiar with the app, Periscope is a live streaming app that allows you to broadcast video from anywhere over the Internet; the app allows users watching your stream to comment in real-time. The app also allows users to leave positive feedback in the form of "hearts". Periscope also allows you to easily find friends to follow utilizing the backbone of Twitter.

Persicope is now available for Android and iOS users. Naturally, Windows Phone users are left behind but an unofficial third party release called "Telescope" is available.