The mobile phone market is fierce. Handset manufacturers aside, there are four major smartphone operating systems fighting for your attention. Android, Blackberry OS, iOS and Windows Phone all want your hard earned cash and have more than capable hardware to give you what you want. But soon, there'll be a fifth platform vying for your attention. 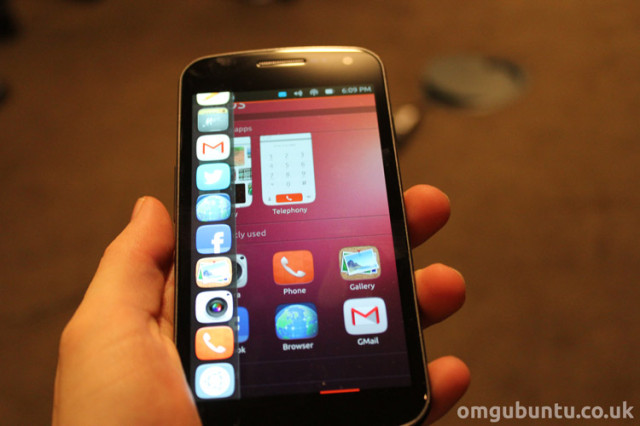 Following their announcement and reveal last week, Canonical’s Alan Pope has said that an installable image of Ubuntu for the Galaxy Nexus handset will be available “late February.” The source code will also be made available.

With the OS still in development and the Galaxy Nexus as the handset being used to demo the OS, anyone wishing to install the OS shouldn’t expect a fully featured experience. The phone experience - calling and texting - work a treat, and the design and fluidity of the OS is a joy. But there is a distinct lack of an app store and incomplete features and functionality, like the Webkit-based browser.

But if you fancy getting your Linux on, on a smartphone, keep your eyes peeled and ear to the ground and grab the image when it is made available.