Today, at the Mobile World Congress, Verizon decided to change the game a bit. Beginning next month, users with data plans will have unlimited access to Skype over 3G. This means that people can now call any Skype user directly from their phone without having to pay an extra cent. This would allow you to call your old, yet tech-savvy Aunt Hilda, over in Poland for free. Here's an excerpt from the press release:

To sign up for more information about using Skype for Mobile, Verizon has set up a special webpage. In the press release, the following phones are mentioned as being able to take advantage of this new Verizon/Skype relationship: 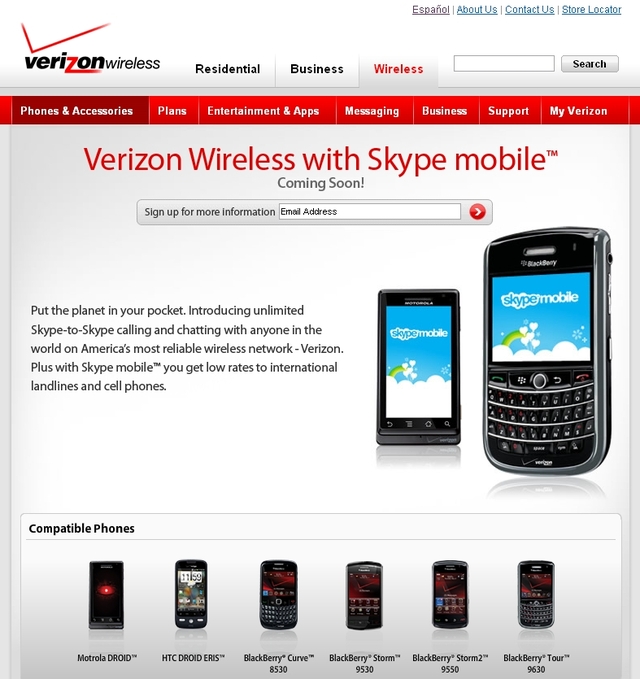