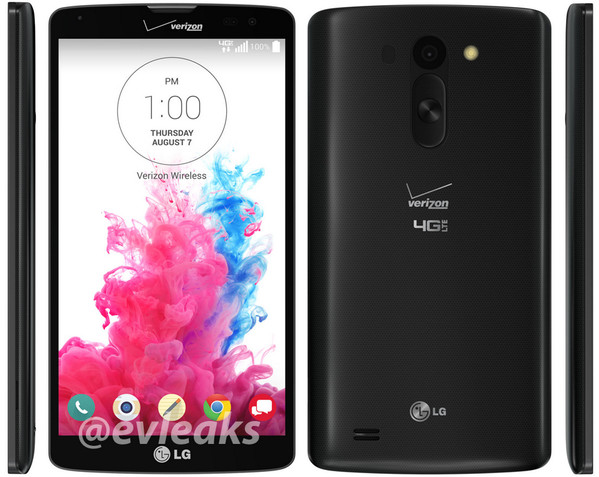 The LG G Vista has been rumoured to go on sale starting July 18th on Verizon, according to a latest revelation by @evleaks.

It was reported recently, that Verizon will be getting two new handsets in the form of LG G3 and G Vista, which would be launched somewhere around 17th of July. Now, @evleaks has revealed that Verizon would start selling the G Vista from this Friday onwards.

It is possible that the US-based carrier will hold an event on the 17th to launch both LG devices prior to sale, as rumoured earlier. The G Vista which is believed to be a variant of the LG G Pro 2 Lite will feature a big screen, while other specifications would be on the lower side compared to its flagship devices, the G Pro and G3.

The rumoured hardware specifications for the LG G Vista include a massive 5.7-inch screen with a 720p resolution, a 1.2GHz Qualcomm Snapdragon 400 quad-core processor, 1.5 GB of RAM, 8GB of internal storage, an 8 megapixel rear camera, with a front-facing 1.3 megapixel shooter, and an impressive 3200mAh battery.

There's no pricing information available about the device yet, but considering the specs, it shouldn't put a massive dent in your wallet.